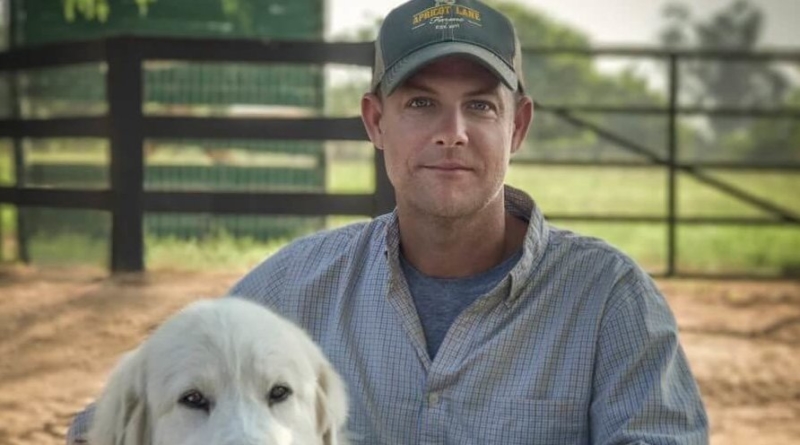 John Chester is an award-winning documentary filmmaker, television director, cinematographer, and farmer, whose short films for OWN’s Super Soul Sunday alone have garnered him five Emmy awards for outstanding directing, writing, and cinematography, among others. Chester currently lives with his family and a varied assortment of farm animals in Ventura County, California, though his roots on Maryland’s Eastern Shore run deep.

Chester’s latest project, “The Biggest Little Farm,” is finishing up a successful run of premieres on the national and international film festival circuit; The 91-minute documentary will make its local debut at the Ocean City Film Festival this March, in the very town where Chester grew up, attended school, and shot some of his first short films on the Boardwalk right outside his house.

The great-grandson of the late Dr. Francis Townsend, Ocean City’s first physician, Chester grew up in downtown Ocean City above what was once Fishers Pharmacy on Talbot Street.

It was there, just outside his door to the wide expanse of Ocean City’s downtown and Boardwalk, Chester said, that his passion for storytelling was initially sparked. He befriended and made short films about the quirky cast of real-life characters that made their livings practically in Chester’s own backyard, including Boardwalk Elvis; Shorty, the blind banjo player with a German shepherd named Mandy; Roy Becket, known for standing on his head while playing the kazoo; and Jim Stark, puppeteer and wielder of marionettes.

“For me, Ocean City was full of these lovable, bigger than life characters,” Chester said. “They made my childhood feel magical.”

In his teen years, Chester’s family moved to West Ocean City. He attended Stephen Decatur High School where he graduated in 1990, and where he started the high school’s TV station with fellow student Steve Dikos and teacher Terry Sterner.

“But that’s only because it was literally the only thing on that channel,” Chester said. “In fact, when the 30-minute show would end, the VHS tape in the VCR would simply rewind the tape and automatically play again. Somehow people would sit in their homes and watch it over and over again.”

After living and working on two different farms in Berlin with his brother Deeley, Chester transitioned into his filmmaking career, which would eventually land him in California.

His first project to reach a wide audience was the television docu-series “Random 1” on A&E, which he directed and starred in in 2006. That series inspired his feature documentary that followed, “Lost in Woonsocket,” which premiered at South by Southwest in 2007. Chester also directed the documentary Rock Prophecies, about legendary rock photographer Robert Knight, which won three audience awards for best documentary feature and was distributed nationally on PBS in 2010.

The director’s latest project, “The Biggest Little Farm,” is a documentary based on the actual lives of Chester, his wife Molly, their dog, and an entire host of farm animals that they meet along their adventure. The film profiles the family, beginning at the moment their barking dog Todd leads to an eviction notice from their tiny Los Angeles apartment. The couple, plus Todd, takes a leap of faith and moves out of the city and onto 200 acres of farmland in the foothills of Ventura County, where they work for eight years to raise their animals and grow their trees and crops in the midst of a brutal drought and with a lack of nutrients in their land.

The film’s synopsis describes it simply as, “A testament to the immense complexity of nature.” When their local ecosystem does eventually reawaken, so does the Chesters’ hope — but not without the new knowledge they’ve gained about the intricacies of nature, which often has a plan much different and larger than that of the humans that till the land.

The Biggest Little Farm has been described by Variety as “Fresh air for the soul.” The Boston Globe called it “captivating, and possibly the most life-affirming thing ever produced in Southern California.”

“This film took eight years of filming to capture the intricate details of this inspiring true story, and I couldn’t be more proud of how it’s being received,” Chester said.

Erica Messer, another Ocean City native and Stephen Decatur alumnus, served as one of the documentary’s main executive producers.

“I knew John and Molly’s inspirational story would make a huge impact with a broader audience and was thrilled when John asked if I would help make the film,” Messer said.

The film will be released in theaters nationwide in May 2019. Chester’s children’s book series featuring characters from the film will release its first of three installments, “Saving Emma the Pig,” in the spring of 2019.