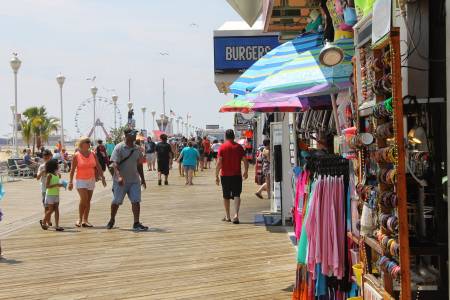 The 2021 summer season is halfway complete, but there is still a long road ahead for businesses in downtown Ocean City. With few employees, it is not an easy time to be a downtown business owner. However, they continue to persevere and bring tourists the best service they have come to enjoy and expect during their stays in Ocean City, Maryland.

From amusements, family entertainment, and businesses, there is plenty still happening to keep tourists occupied and having fun. 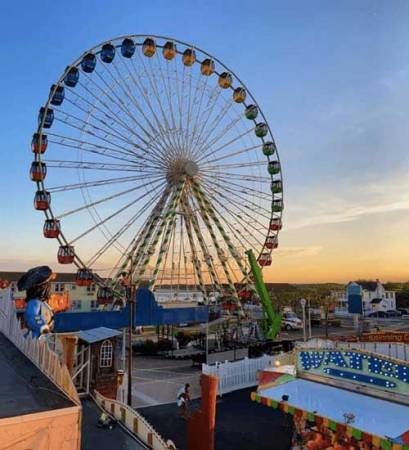 “As the longest-running family-owned amusement park in America, hospitality has long been at the heart of our establishment for over a hundred years,” said Antoinette Bruno, President of Trimper’s Rides. “We not only offer a wide variety of nostalgic rides that your grandparents rode as children, but we also get new and exciting rides every year. The rides are great and the prices are too! We offer an online-exclusive wristband deal, buy three, get one free day or nighttime.”

The park remains open this summer but has faced numerous public challenges. Making headlines across the region this year was the controversy surrounding the OC Big Wheel, a bold and bright Ferris wheel that debuted in Ocean City last summer. Scheduled for a 40-day stay, the 149-foot tall wheel went up in early June before a swift removal due to the misplacement of the ride and a resulting municipal zoning violation. The Mayor and City Council attempted to work with the Trimper’s team, but the wheel was ultimately removed. Just a week later, it returned and Trimper’s corrected the error, bringing back one of tourists’ favorite new attractions. As of this week, the ride is gone for the summer, as initially planned.

Still, Trimper’s has numerous rides to keep people busy and several upcoming events. Check out Rock-N-Ride on Sunday evenings and DJ Dance Parties on Friday nights. Trimper’s is not only in the business of amusements and has a major project in the works.

Jolly Roger at the Pier 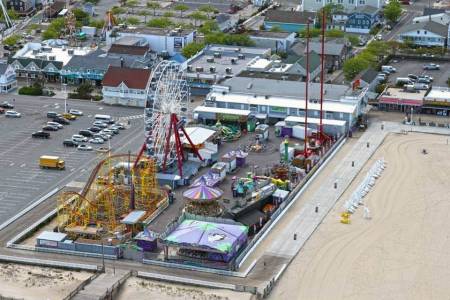 More thrilling roller coasters are also housed at Jolly Roger at the Pier, located along the Boardwalk on South Atlantic Avenue. Better yet, there is a Giant Wheel, so tourists who missed the Big Wheel still have a chance to see breathtaking views of Ocean City from a perspective unlike any other.

Offering indoor and outdoor rides and games, Jolly Roger is a longtime favorite among visitors.

Ripley’s Believe It or Not!

Ripley’s is one of the most unique sights in Ocean City, featuring bizarre and shocking exhibits. From a mysterious museum to a marvelous mirror maze, Ripley’s, located right next to Jolly Roger, will boggle your mind.

On the surface, a trip to Ocean City may only entail days lying in the sun and nights strolling down the Boardwalk. However, there are other sights to see, including stories of the resort’s past. No place highlights the history of the island better than the Life-Saving Station Museum, a notable landmark and a staple in the Town of Ocean City.

Located on the southernmost end of the Boardwalk, the Life-Saving Station is the only museum in the resort. With numerous exhibits and countless artifacts, the building is the perfect stop for lovers of Ocean City.

During the summer, the museum is open daily from 10 a.m. to 5 p.m. Each day at 10 a.m., the museum offers free 30-minute outdoor programs for people of all ages about topics ranging from sharks to the history of our surfmen. Admission to the indoor museum is free for children 11 and younger, $3 for adolescents 12 to 18, veterans and seniors ages 62 or older, and $5 for adults.

Ever want to go for a ride on a pirate ship? The Ocean City Duckaneer provides a “magical journey” for all ages, with face painting, eye patches, treasure hunts, and more. Tickets are $24 for those four and up and $12 for children three and under. Operated by Talbot Street Watersports, the boat is located at the Talbot Street Pier and provides an interactive pirate experience. Be ready to get wet! 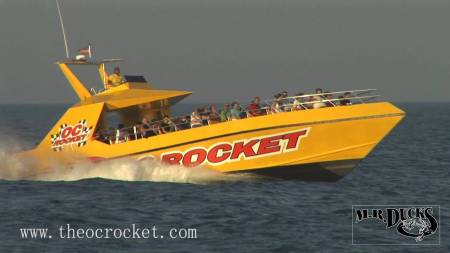 Talbot Street Watersports also operates the OC Rocket, a speed boat that launches across the ocean. Click here for dates and times.

Biking on the Boardwalk

There is nothing more peaceful than a morning bike ride on the Boardwalk. During the summer months, the Town of Ocean City permits bikes on the Boardwalk from 2 a.m. to noon. For those without their own bikes, there are plenty of rental shops downtown open for business.

If you are looking for live music with a picturesque backdrop, visit Sunset Park on Thursday nights for a free concert. Drinks are available for purchase, and visitors should bring chairs. Concerts begin at 7 p.m.

This summer, Ocean City traded in many fireworks shows for drone shows, and after the events of Independence Day, that might be a good thing. Drone shows run Sunday nights at 9 p.m. in Northside Park and Thursday nights at 9:30 p.m. on North Division Street. 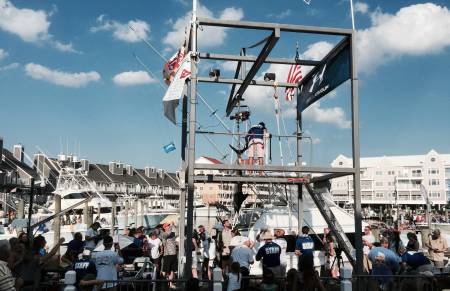 Marlin Fest: From August 2-6, as part of the White Marlin Open, Marlin Fest will take place daily at the 3rd Street park on the bayside. The event is free of charge and will include food and beverage vendors, activities for children, live entertainment, and massive screens streaming the fishing tournament weigh-ins.

Replica Santa María Ship: Did you hear? A replica of one of three ships that set out on Christopher Columbus’ famous voyage in 1492, the Santa María, will be open for tours in Ocean City from August 12 through September 5. The ship, built in 2017, will dock between 3rd and 4th Streets. Tickets will be available on-site for those hoping to take a closer look. Tours cost $15 for adults and $6 for kids ages five to 12.