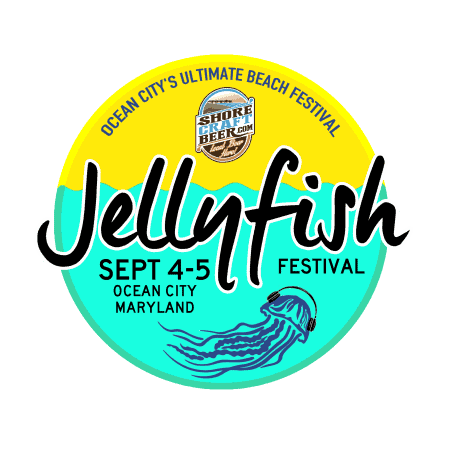 The Jellyfish Festival will return to Ocean City, Maryland to close out the busy tourism season over Labor Day weekend, September 4 and 5. From craft beer, live entertainment, sports, and shopping, the Jellyfish Festival promises to serve as the grand finale of the summer.

The Jellyfish Festival made its Ocean City debut in June 2019 and would have returned in 2020, but organizers were unable to work around remaining Covid-19 restrictions. Building on the success of the inaugural event, this year’s festival includes many new attractions and a stellar entertainment lineup in the hopes of drawing thousands of visitors to downtown Ocean City. Currently, the town expects an estimated audience of 20,000 people throughout the weekend.

Founded and produced by Brad Hoffman of Live Wire Media & Events, the event has the full support of the Town of Ocean City and its tourist base. The festival is located at the south end of the Boardwalk right off North Division Street and will run both days from noon until 9:30 p.m. 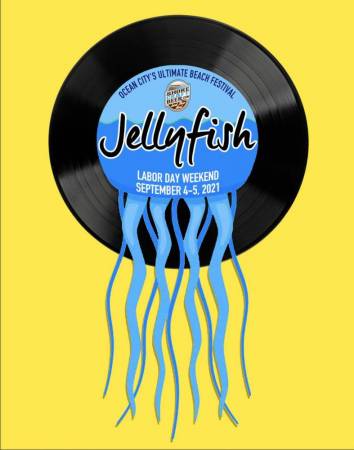 “It’s important to bring together music, craft beer, and beach culture for people to gravitate towards in our market and beyond,” said Hoffman. “We want to build a festival for our customers unlike anything before that allows them to enjoy an exciting weekend in Ocean City. Our interactive Jellyfish village will be lively and great for the family.”

Live entertainment for the weekend includes performances by skilled blues guitarist Anthony Gomes, the acclaimed folk musicians of the Derek Woods Band, and reggae rocker Ted Bowne of Passfire. Organizers plan to announce additional acts in the coming weeks but have already booked Ray Wroten, Never Ending Fall, Troll Tribe, Crosstown Walkers, and Rockoholics, in addition to the headliners. All of the acts will perform on stages constructed directly on the sand. Hoffman says that this is the biggest musical lineup to ever hit the beach. 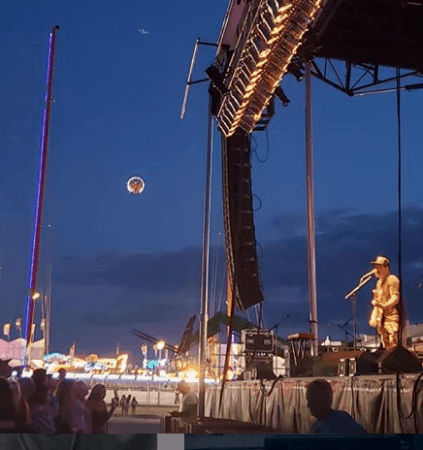 Still, one name bigger than all the rest will take the stage in Ocean City over Labor Day weekend. Country star Brad Paisley will perform on Sunday, September 5, in a show promoted by Ocean City Concerts. Tickets go on sale Friday, July 30 at 10:00 a.m. online and the concert will seat 10,000 patrons.

In addition to attendees of the beer festival, more than 3,000 people from the general public could stop by for domestic drinks and watch the live entertainment.  You will need to reserve your free tickets to watch the shows on Saturday, however. Get them here.

Many believe that the expansion of the craft beer business is key to tourism and growth in Ocean City.

“This is the first time that people will be able to enjoy beers with their feet in the sand here in the resort,” said Ann McGinnis Hillyer, CEO of OceanCity.com, a proud sponsor of the Jellyfish festival. “We are excited to expand and make the shore a real destination for craft beer.”

In addition to craft beer, Jellyfish Festival staff will also be pouring domestic beer from 4 p.m. to 9:30 p.m. on Saturday and 3 p.m. until the conclusion of the Brad Paisley show on Sunday.

Sports will also be a prominent feature at the festival, with the debut of the East Coast Cornhole Championships, a joint venture with the Maryland Cornhole League. The contest, scheduled for Saturday, is open to professionals and amateurs with cash and other prizes available. The team entry fee is $60 and for more details, email dale@marylandcornhole.net or call 443-867-4702.

Another contest open to the public is the OC Beach Ultimate Frisbee Tournament, which allows people of all ages and skill levels to compete as either individuals or pairs on the sand. Specifics about competitions and demo sessions are forthcoming.

Other activities include riding a fat tire bike on a beach course designed by the Eastern Shore IMBA, as well as partaking in a beach fitness challenge.

Tentacle village, adjacent to the festival, will include a variety of vendors and local goods with plenty of shopping opportunities.

No matter what part of the festival appeals to you, one thing is certain – this is the biggest summer finale ever in Ocean City, Maryland.

For more information about the Jellyfish festival or sponsorships, contact Brad Hoffman at brad@live-wiremedia.com or 443-366-5944.