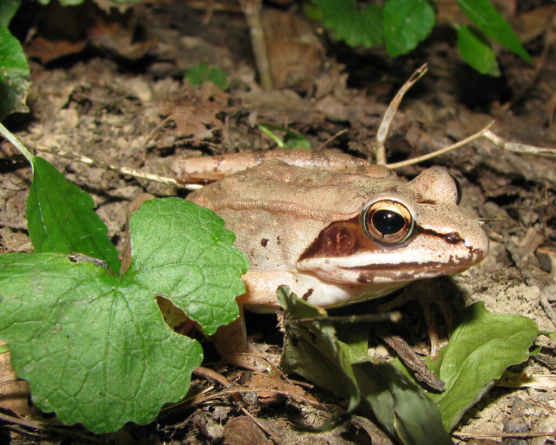 Creature Feature: Ocean City, Maryland Wildlife in Winter in and Beyond

Wildlife’s Winter Strategies in Ocean City, Maryland and Beyond

For this chapter of Creature Feature we will discuss how wildlife copes in winter. Winter is often thought of as a time of rest for many wildlife species, but what really happens?

Recently, we received reports of red bats taking flight during some of our warmer winter days. While this may seem unusual, it is actually normal for this species. Although some eastern red bats migrate, other eastern red bats undergo short-term periods of hibernation, known as torpor. This strategy allows them to wake up when conditions are favorable and forage for food. Sometimes they will spend their short slumber in leaf litter instead of in trees.

Not in Ocean City – The Black Bear – Thank Goodness

Another Maryland mammal that undergoes torpor is the black bear. Black bears actually recycle metabolic wastes, produced during torpor, back into proteins. This strategy allows their bodies to keep their muscles and bones from wasting away while sleeping.  The ability of black bears to endure long periods of inactivity without damage to their bodies, particularly their kidneys, is of great interest to medical doctors. Researchers have been studying bear kidney function and how they might apply their findings to treat kidney disease in humans.

(Closest sighting of a black bear to Ocean City, Maryland was in 2008 when a young black bear was seen wandering through Kent, Queen Anne’s and Talbot counties. )

White-tailed deer, in contrast, do not undergo torpor but do decrease their activity when the temperatures dip. In the fall, white-tailed deer trade their summer coat for a winter one which is designed to absorb more sunlight and trap additional heat. During periods of harsh weather, deer can hunker down for several days to conserve energy. They also tend to switch their diet to forage items, such as twigs, stems, and bark. It takes two to four weeks for their bodies to shift over to digesting new foods, so the introduction of high calorie supplemental feed (like corn) during this time is occasionally fatal for deer.

Let us Know if you see these inhabitants of Ocean City, Maryland

Winter strategies for reptiles, like turtles, are very different from the mammals mentioned above. Turtles, such as painted turtles and snapping turtles, can survive being frozen in ice and fare much better if left in ice rather than being free and exposed to cold air. Some species can hibernate for months in low or no oxygen environments by slowing down their metabolic rate (sometimes as much as 99%!) and by changing their blood chemistry. While submerged, turtles can absorb oxygen through their skin, mouth, and even their cloacas (butts)!

Other animals that can freeze include some of our local frog species, like wood frogs. Wood frogs are one of the earlier frogs that emerge when spring comes around. Wood frogs have nucleating proteins in their blood which work with an influx of glucose to protect the frog’s cells from damage during freezing. It is estimated that some wood frogs can remain frozen for up to eight months at time!

Look for the next Creature Feature for Ocean City Maryland and find out all kinds of great insights about the creatures around us!