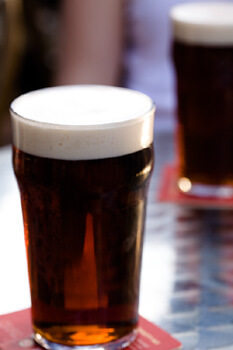 BERLIN,MD, January 22, 2020 – Shore Craft Beer will announce the Shore’s celebration of FeBREWary on Monday, January 27, 4:00 pm  with a reception at the Aloft Ocean City. SCB will be detailing the Love on Tap Craft Beer Festival Weekend. Proclamations from the Governor and the Senate will be read. The fifth annual festival has expanded to include a weekend of events, and will now give festival goers the ability to “Tour the Shore” while sampling 40+ local craft beers. Shore Craft Beer worked with the State of Maryland and Shore counties as well as the Town of Ocean City to attract beer bloggers for the festival weekend. Bloggers from as far away as Texas and New York will be announced. Their participation can help make the Shore a top craft beer destination nationally. Finally, Shore Craft Beer will detail of the new state-of-the-art craft beer App which will be available in FeBREWary to highlight local craft beer related businesses.
The press and other guests will enjoy hors d’oeuvres compliments of the Aloft Hotel Ocean City and a variety of locally produced craft beer samples. This event is free and open to the public.
The Mayor of Ocean City, Rick Meehan, will be in attendance. A strong and early supporter of local craft breweries and craft beer festivals in Ocean City. Meehan believes that the Eastern Shore is a place Where World Class Beer Meets World Class Beauty. Ocean City is excited to host Love on Tap and Shore Craft Beer looks forward to the event growing and making FeBREWary synonymous with Ocean City, Maryland.