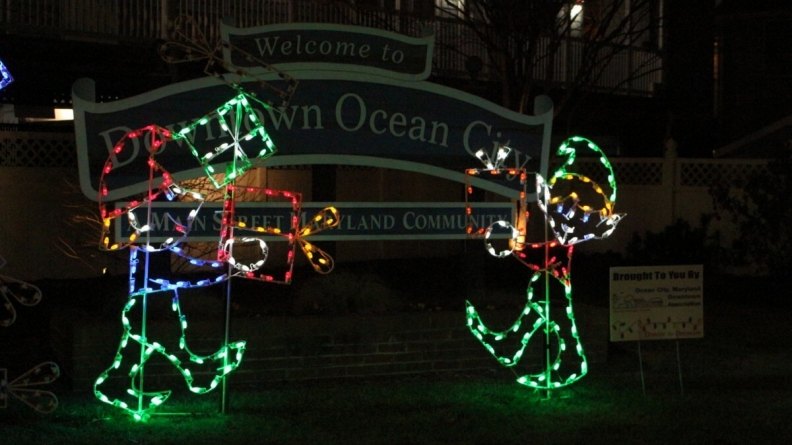 Everyone who visits Ocean City between late November and Dec. 31 is mostly here to see Winterfest of Lights. And for good reason — with hot chocolate in a heated pavilion, Christmas carols played from the trams and more and more lights added to the displays each year, every person in the mid-Atlantic region should probably visit Winterfest at least once in their lifetime. But there’s even more to see in Ocean City than the thousands of lights at Winterfest. Just take a drive downtown.

In 2012, the Ocean City Downtown Association thought there should be a little light in downtown OC, too, and so the annual Light Up Downtown Festival was born. Unfortunately, the Festival was cancelled this year due to high winds, but the lights downtown, around the Inlet and at Sunset Park are shining bright nonetheless.

After putting this photoblog together, I went on Instagram and saw that the Dispatch had done something similar. For better pictures than mine, taken by photographer Chris Parypa, check out the post on their Facebook.