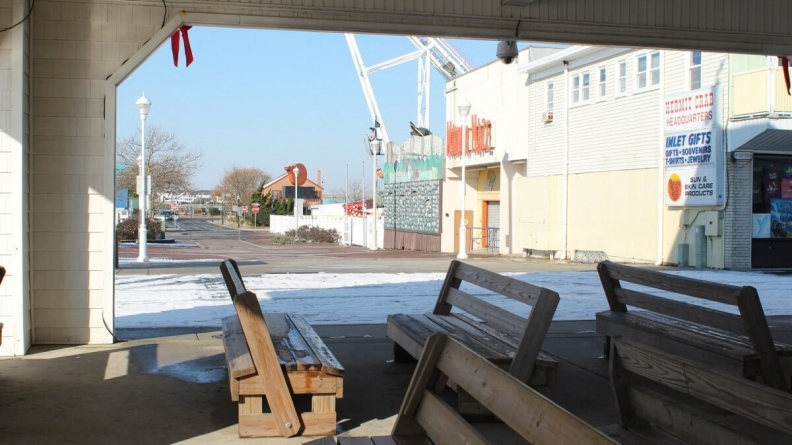 These photos were taken the Sunday after the first snow of the season on Friday, Dec. 8, which was followed by a little more on Saturday. I woke up on Sunday morning, looked out the window and immediately knew I’d have to bundle up fast and head out to take pictures before the snow melted or otherwise ended up covered in street sludge and general dirt, trash and cigarette butts. Not to be a downer or anything–the snow is just especially beautiful before human interaction.

No matter how many times it snows in a winter (or late fall, in this case), the anticipation of a snow-covered driveway and maybe a day off from work or school is still always there. If you’re in Ocean City the next time it snows, be sure to take a walk along the boardwalk–just be prepared with high-traction snow boots!–and snap a few pictures of the peaceful, wintry scene. If you’re on Instagram, share your photos with us–@oceancityphotos–or on Facebook at facebook.com/ocfun. We love to see them and sometimes even share them for our fellow Ocean City lovers to see!