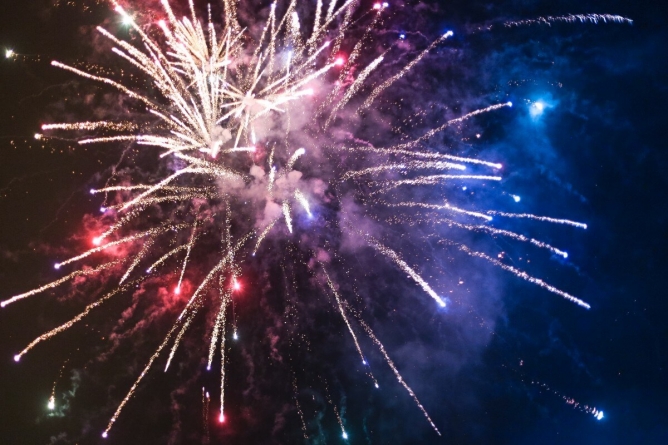 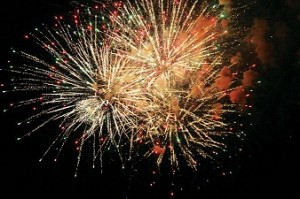 As 2014 comes to a close, what better way to start 2015 than head to Ocean City to celebrate the New Year? There is a diverse array of entertainment and festivities to suit everyone, as well as deals on hotel packages that are hard to resist.

Numerous hotels in Ocean City are offering fantastic deals for New Years Eve, where you can have a great evening of entertainment and then head to your room for a good night sleep without having to go out into the cold and fight the traffic to drive home.

Take, for instance, The Grand Hotel.  They are offering three different packages, which include accommodations, entertainment, open bar and champagne toast at midnight, plus breakfast and late checkout the following day.  (This might be needed after an evening with all of that!)  Check out their deals at http://www.grandhoteloceancity.com/special-pkg/ocean-beach-vacation-packages.aspx

The Clarion has a late check out from a deluxe ocean view to compliment its New Years Eve Gala, which is also open to visitors not staying at the Clarion.  Find out more information at http://www.clarionoc.com/ocean-city-md-hotel-holiday-packages

The Paradise Plaza has a champagne fountain and cheese upon your arrival in their lobby on  NewYears Eve, with complimentary champagne and glasses in your room to celebrate the event.  Details at http://www.paradiseplazainn.com/ocean-city-managers-special.aspx

The Fenwick Inn is hosting a New Years Eve party with an all you can eat buffet, open bar, live band, champagne toast and brunch the next day, all tied up neatly in a package with a deluxe hotel room.  Get more details at or book your stay at http://www.fenwickinn.com/special-offers-en.html

Dunes Manorhas dinner and dancing on its menu with an open bar, midnight champagne toast, breakfast, and, that much appreciated late-check out.  Full details available at http://dunesmanor.com/specials/#.VJGZ7ivF-xU

Many bars and restaurants will remain open for the festivities on New Year’s Eve, including Seacrets who has its  annual New Year’s Eve Bash starting at 4pm. Seatings for dinner start at 5.30pm, and there will be live entertainment as well as 3 DJ’s, a champagne toast at midnight, and, you can keep on partying till 4am!  Details at http://seacrets.com/event/seacrets-years-eve-party/

Harpoon Hanna’s invites you to Ring in the New Year with them and enjoy no cover charge.  DJ Jon Boi starts at 9pm, and no reservations are needed.  Details at http://www.harpoonhannasrestaurant.com/

The Captain’s Table is offering dinner on New Year’s Eve from 3pm till 9.30pm, followed by its New Years Eve party from 10pm – 12.30 am.  There will be live entertainment, appetizers and desserts, and an open bar. Check out  http://www.captainstableoc.com/ocean-city-restaurant-events for details.

A Touch of Italy at the Holiday Inn has a 4 course dinner with two dinner  seatings at 6.30pm and 8.30pm on New Years Eve and a dinner seating at 9pm followed by live music and dancing till around 1am.  Go to http://www.touchofitaly.com/news.html for more information.

Check out whats happening at the local breweries in and around Ocean City.  3rd Wave Brewing in Delmar will be open till 5pm New Years Eve with Hoppy Hour prices and, you can get $3 off a growler fill if you wear any 3rd Wave gear!  OC Brewering Co. will be open till 1am  New Years Eve with no cover charge.  Go to ShoreCraftBeer.com to check out  all Craft Beer Breweries.

The Town of Ocean City has a fireworks display to kick off the New Year with a bang at midnight at Northside Park.  This will be accompanied by hot chocolate, live entertainment, and the opportunity to marvel at the Winterfest of Lights, with a ride on the Winterfest Express train through the twinkling park.

Berlin is once again hosting its annual New Year party and ball drop. There will be dancing in the streets, along with entertainment and great food starting at 8pm, to celebrate the start of 2015. Berlin will have its very own ball drop at the intersection of Broad Street and Main Street at midnight. Horse and carriage rides will take you through the glistening lights of the town leading up to midnight.

If you are up for activity on New Year’s Day, blow away the

cobwebs and breathe in that fresh 2015 air on the beach with the Ocean City Penguin Swim. This annual swim in the chilly Atlantic, benefits Atlantic General Hospital in Berlin, Md. There is a Best Costume Contest and Recognition of Oldest & Youngest Brave Penguins. Have the whole family start the New Year off in a way you won’t forget.  More details are available at http://www.penguinswim.atlanticgeneral.org.

New Years Day also gives you the chance to view the brand new Performing Art Center at the Convention Center as part of the Mayor’s Open House.  There will be free entertainment provided by Bryan Russo and several other special guest performances.

An abundance of entertainment and celebrations are within your reach in Ocean City this Holiday Season. Come have a blast and frolic in the fun that is New Year in Ocean City, Md.

Anne grew up in Edinburgh, Scotland, and still has the accent to prove it. She earned her Business degree from the University of Northumbria in Newcastle, England and when she was 21, she bought herself a round the world ticket and spent a year working and traveling across the globe. She came across Ocean City for the first time 20 years ago and shortly after it became her permanent home.  When time allows, Anne still loves to travel. She has been with OceanCity.com since September 2014.