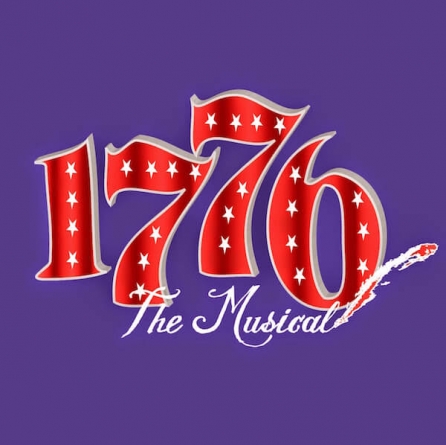 Twenty-two men are in seated in folding metal chairs in the hall of St. Mary’s Church in Pocomoke City. Each of us reads from a script in our hands. We come from all over the Eastern Shore, from south in Accomack County, Virginia, Crisfield, Salisbury, Snow Hill, Berlin, and all the way north into Delaware. We are lawyers and engineers and teachers and writers, and we are, all of us, members of the Second Continental Congress.

The church hall is a stand-in for the assembly room of Independence Hall where, 240 years ago, several dozen men met to decide the future of a nation not yet formed: The United States of America. By May of 1776 delegates from the thirteen colonies, from Massachusetts in the north to Georgia in the south, had been meeting in secret in “hot-as-hell” Philadelphia for a year to discuss the hostilities with Great Britain. It had been more than a year since the battles of Lexington and Concord had turned a minor rebellion of British colonies into an all out war, and these delegates, good men all, had been sent by their respective colonial legislatures to hash out what was the ultimate goal of fighting. Many wanted peace with Great Britain, their primary beef being with the crown and the rule of King George more than with the British parliament of the time. Others, like John Adams of Massachusetts, felt that Britain was the King, and that to defy one was to defy the entire nation.
In the church hall a messenger (Khalil Kaczmarek) enters with a dispatch from General Washington. Charles Thomson (Wesley Moore), secretary of the Congress, reads the letter which describes the deplorable condition of the Army of the United Colonies holed up in New York. “I pray god some relief arrives before the armada but fear it will not,” Thomson reads.

The room is silent for a beat and then my character, Colonel Thomas McKean from Delaware, stands. “Surely we’ve managed to promote the most depressing man on this continent to the head of our troops,” I intone in a deep Scottish brogue. Col. McKean was born in Pennsylvania to Ulster-Scot parents, and I may be the only person in the room who can speak confidently with the accent.
Many of the men here have performed with this group before. Perhaps not in a musical, but the production team, the Eastern Shore Madrigals, has performed more than forty shows over the last dozen or more years. Last year, at the Mar-Va Theater in Pocomoke, they put on a well-received production of The Sound of Music. This year, in honor of the 240th anniversary of the signing of the Declaration of Independence, the Eastern Shore Madrigals are putting on a play about the meeting of men that drafted and signed the storied document that laid the foundation not only for our nation, but for a new birth of freedom that continues to be an example for freedom around the globe. A document which, in the words of the Thomas Jefferson of the play, “place(d) before mankind the common sense of the subject–in terms so plain and firm as to command assent.”
We are, all of us, not professional actors. Less than a handful have performed in prior plays. What we all have in common is a chromosome and a willingness to be on stage six times in June. To stand before an audience and sing, “It’s hot as hell in Philadelphia!” For me, that involves channelling a 280-year-old man from Pennsylvania and Delaware who was a passionate believer in independence.
It is an opportunity, according to the director, Mark Tyler, that comes along only once in a decade. The play opened on Broadway in 1969 and ran until 1972. Though it was revived on Broadway in 1997, and ran for 333 shows, one can generally only see this production when it comes to a regional theater like this one.

“1776: The Musical” will be performed at the Pocomoke High School auditorium weekends from June 10 through the 18. For tickets visit www.easternshoremadrigals.com.

Jeffrey Smith started writing at fourteen on a Smith-Corona electric typewriter he borrowed from his father. His most recent book, Mesabi Pioneers, tells the story of the immigrants who turned a remote area of northern Minnesota into America's greatest source of iron ore. Jeffrey lives in Berlin with his wife, daughter, and three cats. He can often be seen running along the streets, boardwalks, and trails of the Lower Eastern Shore. That's probably him there, in the orange.