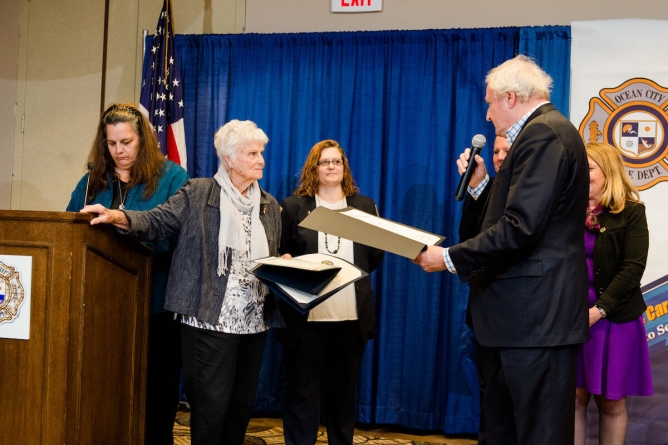 “In our profession, we don’t often take time to recognize the work we do or the people who do it,” said OCFD Fire Chief Chris Larmore.  “Today is a special day, because we can reflect on the past year, focus on our accomplishments and acknowledge our successes.”

Along with several dignitaries who attended in support of the department, Chief Larmore and Deputy Chief’s David Hartley, Chris Shaffer and David Cropper were present to give the awards, which included an honorable service award to recent retires and long term employees Chuck Barton and Trevor Steedman. “Our members go above and beyond the call of duty to make our department constantly the best. We are proud of each and every one you,” Chief Larmore continued.

Awards were presented for length of service, special recognition, citizen appreciation, honorable and incident citations. In addition, members were in attendance to present proclamations to select members for 5, 10, 15, 25 and 50 years of service.