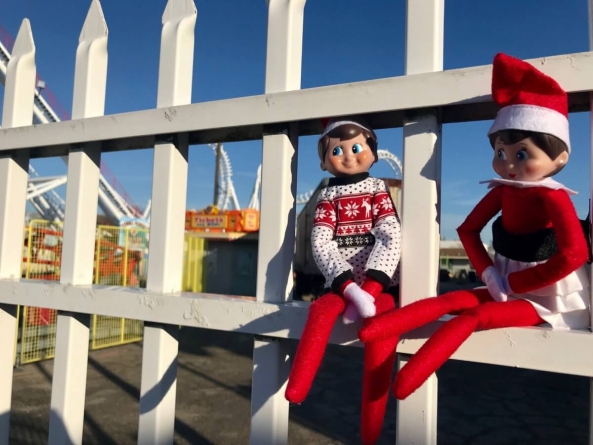 If you follow us on Facebook, then you’ve probably seen some of the hi-jinx the visiting elves have gotten into. They finished their toy-making a little early this year and came all the way from the North Pole to vacation in Ocean City, Maryland. They said it was much warmer than they’re used to, but still pretty chilly–next year they said they might hit the Florida Keys. (Just kidding! They’ll be back in Ocean City for more adventures, don’t worry.)

The elves on the shelf originally belonged to a now-middle schooler who named them Veronica, Dash and the reindeer “Mr. Swag.” Here are a few photos documenting their trip this year.