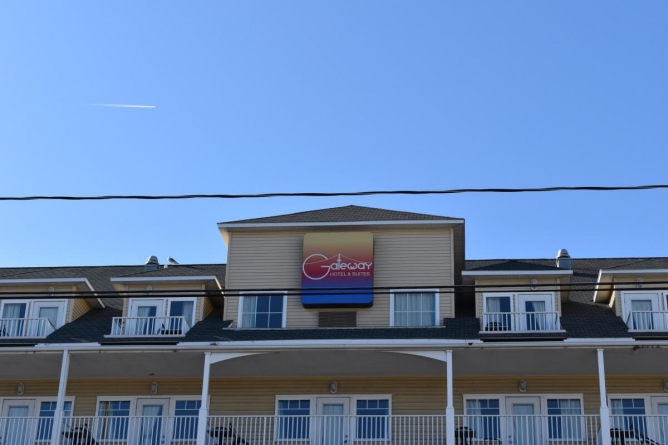 For the last few years, the Gateway Hotel Suites, an Ascend Hotel Collection Member has been undergoing renovations. Once a Sleep Inn, the hotel was offered the opportunity to upgrade to the more upscale lodging that it is now, and they gladly took it, improving both the hotel’s standards and its overall look.

Now that all those renovations are almost done, the Gateway’s new aesthetic is plain to see. They utilize that modern/nautical look that’s common in many coastal hotels to their advantage, because instead of kitschy and overdone, the Gateway’s new modern seascape style also embodies a local flavor — because you’re not on the coast of California, or on Cape Cod, or on a beach somewhere in South America. Even the Gateway’s new hallway carpet (see below) serves as a happy reminder that you’re in Ocean City, Maryland, and hopefully there’s no place else in the world you’d rather be.

See some pictures below of the Gateway’s new look, then read on about their upcoming St. Patrick’s Day festivities. Because even pre-renovations, the Gateway knows how to party! 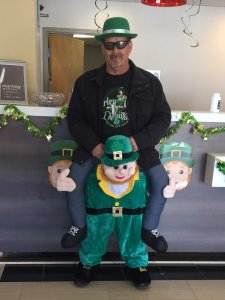 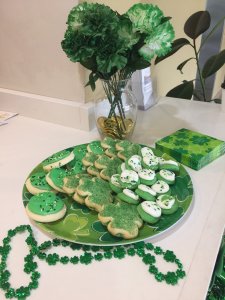 In addition to the new bells and whistles, the Gateway is also headquarters for St. Patty’s Day fun. They don’t have any specific celebration per se, but they do go all-out decorating the lobby, putting out shamrock cookies (and sometimes even beer), and surprising guests with party favors in their room. The guests are what make it a celebration, manager Carol Weigner said.

“It’s a festive time with a super-nice crowd,” she said. “We get into it with the decorations, and it’s always a really good time.”

While not directly on the Boardwalk, the Gateway is about a one minute walk to the Boards, one minute and ten seconds to the beach. Here’s a Facebook live I took on an unseasonably sunny and warm day in late February on the beach and Boardwalk just across the hotel.

So no matter what time you decide to pay the Gateway a visit, be it March 17 or sometime during the dog days of summer, you’re bound to have a good time.