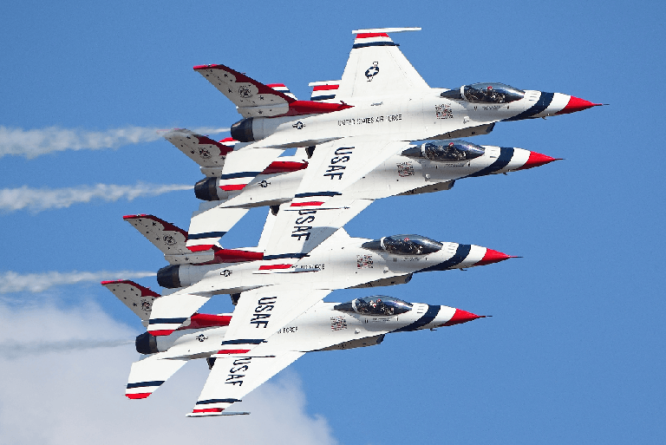 Beach premium viewing venues for the OC Air Show have been closed due to Covid-19. The air show will still take place on August 15-16, but tickets for venues including the flight line club, sand boxes, and drop zone beach are no longer available. When the Air Show was rescheduled in early July, organizers announced plans to still include these venues, but with safety measures in place. Despite their efforts, these locations will be closed.

The surprising announcement was made during the Ocean City Mayor and Council meeting on Monday night. According to City Manager Doug Miller, the plans for the Air Show were approved many times by the local health officer in Worcester County, but on Friday, officials at the state level issued a directive to shut the ticketed spaces down.

The loss of these venues will undoubtedly put a financial dent in the Air Show.  After learning about the additional limitations from the state, Brian Lilley, Chairman of the OC Air Show, knew that without more funding, the event would be underwater. Lilley spoke before the council to ask for an additional $100,000. The show will give invoices to the council and be reimbursed, rather than simply being handed a huge check. It should also be noted that the funding will come from room tax (tourists), not taxpaying residents.

While members of the council were hesitant at first to offer the event such a hefty sum of money, they were compelled by the new virtual experience Lilley plans to offer in less than two weeks. Lilley is working on creating a broadcast with Dave Messick of Unscene Productions. The OC Air Show will now be shown live online, and it will feel like you are watching an NFL Football game.

There will be on-camera interviews with pilots, and many cameras will be positioned all around the area to give viewers the full experience no matter where they are.

Lilley is confident that this digital adventure will prove to be a success. He told members of the council that engagement has been up significantly on social media. “A post that would normally get 500 likes, now is getting 15,000,” Lilley said. He added that people are looking for exciting things to do all while staying safe. Virtual events like these are growing, and Ocean City is hoping to lead the way. 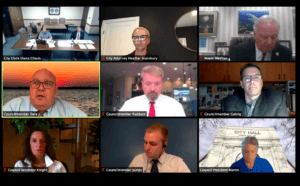 Councilmember John Gehrig and Matt James pushed Lilley to explain how the town will benefit from the online event. Gehrig wants Ocean City to be the premier sponsor of the event. Advertisements for the town will be shown throughout the broadcast, and Ocean City will even get three spots a day at the Lockheed Martin Air Show in Orlando this fall. The town will get 50% of the advertising revenue.

Additionally, Gehrig wants the Air Show to provide data regarding engagement to the town to help expand tourism advertising and enter the digital age. Specifically, he wants email addresses to use for future promotions. Gehrig criticized the town for continuing to push advertising methods that are 25 years old. Finally, he urged Lilley not to sell the data.

Throughout Lilley’s presentation, questions arose over where the funding for the Air Show is coming from. The extra $100,000 comes from the Tourism Advisory Board (TAB). This sparked a separate conversation led by Councilmember Gehrig and Council Secretary Mary Knight about the purpose of TAB. Gehrig argued that TAB should be working on bringing new events to Ocean City and then forwarding information to the council, instead of working on old events such as the Air Show. Knight agreed that TAB’s role needs to be redefined.

Many people still plan on watching the air show in person. Organizers have arranged for some planes to extend their flight paths, which will prevent people from congregating in one place. The F-22 Raptor and F-35 Lightning II will now fly into North Ocean City. Other performers include the A-10 Thunderbolt II and the Thunderbirds.

Now in its 13th year, the 2020 OC Air Show will be quite different than previous performances. However, the event’s expansion into the digital world during these unprecedented times could prove beneficial in the future.

Logan Dubel is a contributor for Oceancity.com and a high school junior at Franklin High School in Baltimore County. He has a strong passion for covering the news and its impact on Marylanders. Logan serves as the public address announcer at Franklin, welcoming fans for Soccer, Football, Field Hockey, and Lacrosse games. He is also a reporter and editor for Franklin's publication, The Gazette. In middle school, he launched a live video morning newscast, serving as an anchor, writer, and producer. Additionally, Logan is involved with Franklin's internationally recognized mock trial team. In college, he plans on studying broadcast journalism.