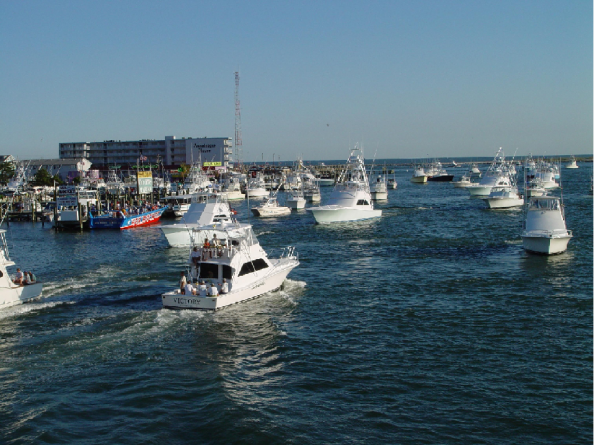 The 47th Annual White Marlin Open begins Monday and runs through August 9. With a raging pandemic and a tropical storm on its way, the world’s largest and richest billfish tournament has certainly been dealt with its share of challenges.

The tournament was originally scheduled for August 3-7 but was extended by two days due to the impending storm. Each boat will now be allowed to fish any three days throughout the tournament. According to White Marlin website, fishing conditions are even better before a major front rolls through, so Monday could be a big day on the water!

Tropical Storm Isaias is expected to bring heavy rain and intense winds to Ocean City on Tuesday but will exit the area early Wednesday. Tournament organizers say that Monday, Thursday, and Friday will be the best days for offshore fishing. 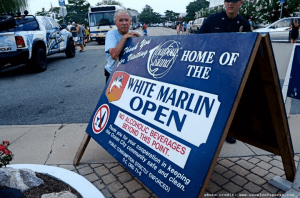 Winning boats and anglers will certainly take home big prizes. Last year, the White Marlin Open awarded nearly $6.2 million in total, with two anglers earning over $1.5 million each. A total of $6.7 million is expected to be given away in prize money this year.

Due to the ongoing Covid-19 pandemic, spectators are not allowed at Harbour Island for weigh-ins. However, the tournament has added a location for spectators at the 3rd Street ballpark on the Bayside. The new attraction will be open from Monday, August 3 through Friday, August 7.

Visitors can expect a large screen displaying the live weigh-ins along with vendors and concessions. White Marlin Open merchandise will also be available for purchase. Social distancing is encouraged, and masks are mandatory. Coolers are not allowed, but chairs and blankets are.

If you are unable to attend but still want to watch the exciting weigh-ins, there will be a live stream available online.

During the Ocean City Mayor and Council meeting on July 20, officials decided against providing a dedicated shuttle service for the White Marlin Open. Instead, people can park at the convention center and ride the regular bus service to 3rd Street. Public Works Director Hal Adkins said that there will be extra deployments and drivers available to accommodate those traveling to the tournament.

For those that choose not to ride the bus, there are municipal parking lots at 4th Street and Baltimore Avenue. The City Hall parking lot is also available after 5 p.m.

The week of the White Marlin Open is always one of the busiest weeks of the summer. In June, Tournament Director Madelyne Rowan described the excitement that the event brings. “Every business owner tells us that it’s the best week. It brings people into town and there is excitement! There is a sense of comradery and people look forward to this every year. If you could put the excitement in a bottle and sell it, we would be millionaires,” said Rowan. This enthusiasm will undoubtedly benefit the town.

Logan Dubel is a contributor for Oceancity.com and a high school junior at Franklin High School in Baltimore County. He has a strong passion for covering the news and its impact on Marylanders. Logan serves as the public address announcer at Franklin, welcoming fans for Soccer, Football, Field Hockey, and Lacrosse games. He is also a reporter and editor for Franklin's publication, The Gazette. In middle school, he launched a live video morning newscast, serving as an anchor, writer, and producer. Additionally, Logan is involved with Franklin's internationally recognized mock trial team. In college, he plans on studying broadcast journalism.