Planning the music for your wedding 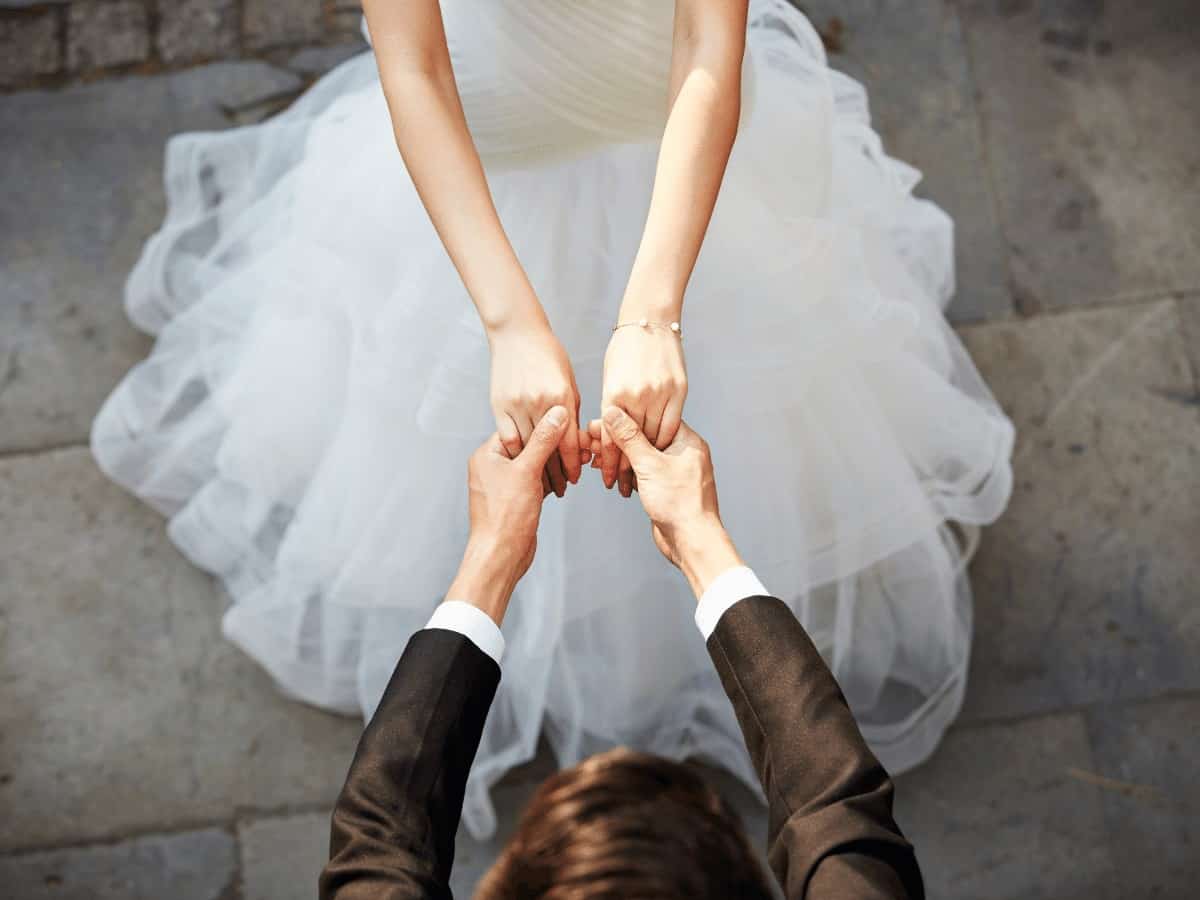 Between fittings for the dress and tasting different cakes and picking out the rings and researching and hiring all the different services that go into a wedding, choosing our music had been the last thing on our minds.

We’d hired the DJ months ago, put the packet we were to send back to him a month-and-a-half before the big day was left untouched until the last possible second.

In it, we were to list 10 or so songs we wanted him to play, a couple songs that we definitely did NOT want him to play, what songs we wanted to announce the bridal party/bride and groom/the first dance/cutting the cake/bouquet/garter/etc./etc., and whether we’d be doing any special dances that would need musical accompaniment.

I had to look up what a money dance is, and the concept is still a little bizarre to me. But I digress.

When we DID finally sit down to list our songs of choice, I found myself turning to friends and the internet for recommendations, as someone who’s never personally been to a formal, DJ’d wedding before. Of course we weren’t hand-picking the exact playlist that would be played during all four hours of the wedding — although loading up Spotify on someone’s phone and plugging it into a speaker would be cheaper, a phone can’t facilitate a corny YMCA dance-off the way a live DJ can — but even having to choose 10 songs seemed like a lot.

Alas, we’re still two months out from our actual wedding so I can’t deliver the results of my findings yet, but I can share some of the advice and song do’s-and-don’ts I’ve garnered during my research. Please, share some of your own findings with me and I’ll add those here, too!

For when your guests are arriving to the ceremony and finding their seats.

Play: Music that sets the tone for the ceremony and the rest of the evening. You want your guests to be excited for what’s to come.  Some couples opt for religious music here, while others go for the traditional, like “A Rose Is Gently Blooming” Op. 122, No. 8 by Johannes Brahms or “Air on the G String” by Johann S. Bach. More contemporary popular choices include “Wonderful Tonight” by Eric Clapton, “Truly” by Lionel Richie or “Wedding Song” by The Band.

Do not play: “Every Breath You Take” by The Police. It’s not romantic and never will be!!!

For when the bridal party is walking down the aisle.

Play: The guests will be most excited to see the bride come walking in, so the music here might be chosen to pull at some heartstrings and evoke an emotional response.
“Can’t Help Falling in Love” by Elvis is always on heavy rotation at weddings around the world and can fit into almost any part of the ceremony/reception, but it fits especially well into the highly-anticipatory processional. “Over the Rainbow” by Israel Kamakawiwo’ole is a beautiful and light cover of The Wizard of Oz classic, that’s especially poignant at a beach ceremony. “Wild Horses” by The Rolling Stones or The Sundays is another solid choice.

Do not play: “My Heart Will Go On” by Celine Dion, unless the bride’s first lover drowned in a way that was similar to Jack in Titanic, and this is her way to honor his memory. Otherwise,“Rose’s Theme” by James Horner and The Studio Sound Ensemble is another rendition from the movie that’s free of vocals and a little less morbid.

For when the bride is making her grand entrance.

For when the bride and groom and bridal party are probably off getting photographed on the beach, and everyone else is mingling by the bar.

Play: Something happy and upbeat to keep the good times rolling! Like “How Sweet It Is (To Be Loved By You)” by Marvin Gaye, “Stuck Like Glue” by Sugarland and “This Will Be (An Everlasting Love)” by Natalie Cole.

Do not play: “Shots” by Lil Jon. The party is just getting started and you want it to last at least a few more hours.

For when the bride and groom are having their first dance, of course — this tends to be the most difficult part of the musical decision-making process.

Play: It’s another good time to throw some Elvis on, but according to Spotify, the three most popular first dance songs are “Thinking Out Loud” by Ed Sheeran, “At Last” by Etta James and “You Are The Best Thing” by Ray LaMontagne. Whether you go traditional (“My Girl” by the Temptations), classic (“All of Me” by John Legend) or a little more contemporary (“Ho Hey” by the Lumineers), all that really matters here is that the bride and groom are happy and savoring the moment.

Do not play: “I Will Always Love You.” I love Dolly as much as the next gal, but dancing to this song just seems like a really bad omen.

For dinnertime, when the music accompanies the sound of conversation and the clinking of silverware.

Play: All the bride and groom’s favorite low-key happy/romantic songs. It’s not time to get on the dance floor quite yet, and most people may not be paying TOO much attention to the music at this point in the evening, so here you can just play some upbeat, easy-listening songs. This is where many DJs break out the Michael Buble.

Do not play: Michael Buble. Unless you absolutely have to.

For when it’s time to let loose and have fun.

Play: Now you can play “Shots” by Lil Jon, if that’s really the atmosphere you’re going for (to each their own). Some DJs recommend that you start with one slower song to get couples out dancing on the floor, then immediately play dance music to keep them there and having fun. The Village People, the Bee Gees, the Black Eyed Peas, Whitney Houston… The options are endless!

Do not play: “White Wedding” by Billy Idol. Not a happy wedding song.