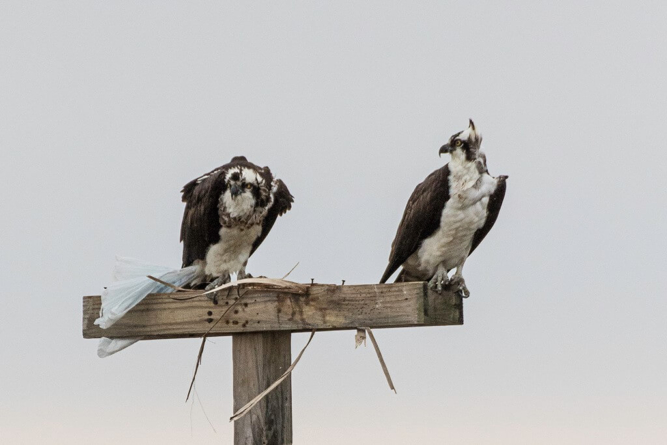 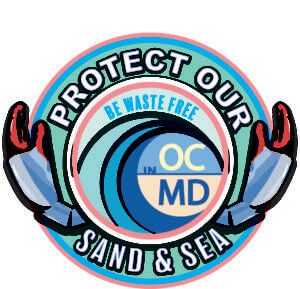 The natural environment is Ocean City’s greatest asset, and protecting the region’s ocean, beach and bay is critical in preserving its beauty.  With an estimated 12 million metric tons of plastic pollution flooding into the ocean each year, it’s imperative that we end the flow of plastic to the land and sea, says the Ocean City Green Team, a committee formed through the Town of Ocean City dedicated to protecting the region’s resources and promoting sustainable living.

Because recycling alone won’t prevent plastic pollution, the Ocean City Green Team is taking on the issue at its source.

The work to reduce plastic pollution was kicked off in 2018 by the Surfrider Foundation Ocean City Chapter’s “Strawless Summer” initiative. This overwhelmingly successful campaign focused on reducing plastic straw consumption by pledging to not use plastic straws. To date, 70 restaurants and 500 individuals have signed the pledge.

Taking source reduction one step further, the Ocean City Green Team, with Maryland Coastal Bays Program leading the way, launched their “Protect Our Sand & Sea” campaign this year. This elective and eco-friendly program promotes greener choices for business owners. Ocean City businesses can voluntarily commit to use fewer plastic products and be recognized by the Green Team based on their level of source reduction.

Efforts have been made in cities and counties across Maryland to reduce the use of plastic, from charging extra for paper and plastic bags to banning plastic bags and expanded polystyrene, commonly known as styrofoam. No such efforts have been made in Ocean City, although Mayor Rick Meehan asked the Green Team to take a proactive, community-based approach to reducing the local distribution of plastics.

The resulting campaign, created by the Town of Ocean City’s Green Team, Maryland Coastal Bays Program, and the Surfrider Foundation Ocean City chapter, is free, optional, and eco-friendly, giving businesses the opportunity to switch to greener products without forcing them to ban plastic products altogether.

The campaign asks that businesses commit to a pledge to use fewer plastic products. The pledges include:

In addition to the Protect our Sand & Sea campaign, the Ocean City Green Team and its partners, Maryland Coastal Bays and the Ocean City Surf Club, have made great strides in recent years to reduce litter on the beach and throughout the town. Through Adopt Your Beach and Adopt Your Street programs, volunteers commit to picking up trash several times a year and tally up the results.

The most common form of trash they tallied is cigarette butts.

The Town of Ocean City and the Maryland Coastal Bays Program (MCBP) were awarded Worcester County Health Department grant funding for pilot programs to reduce secondhand smoking exposure and improperly discarded cigarette butts. The town is using this funding to provide more receptacles that encourage these practices. MCBP plans on using this funding to provide area businesses with free butt receptacles if they commit to promoting smoking only near these receptacles, making it easier to dispose of butts in the proper receptacles.

For more information on these programs, contact MCBP Development and Marketing Coordinator Sandi Smith at sandis@mdcoastalbays.org.