Maryland Governor Larry Hogan opened Wednesday’s press conference with a troubling announcement about out-of-state Pandemic Unemployment Assistance claims. The state has discovered and exposed a “massive criminal enterprise” that is responsible for filing more than 47,500 fraudulent claims totaling over $501 million.

Maryland Labor Secretary Tiffany Robinson joined the governor and discussed her efforts to detect and report the fraudulent activity, which was first discovered over Independence Day weekend. Suspicious claims were uncovered after an unusual number of out-of-state claims were filed. After this discovery, the Maryland Department of Labor began working with the U.S. Attorney for the District of Maryland along with the U.S. Department of Labor Office of the Inspector General.

Robinson went on to assure Marylanders that their information is safe. “The Maryland Department of Labor has not experienced any breach of the state’s unemployment insurance system, and Maryland claimants’ personal information has not been compromised in any way.,” Robinson said.

Governor Hogan later added that there are a dozen other states involved in this particular investigation, though all 50 states have dealt with fraudulent unemployment claims throughout the pandemic.

Will Businesses Shut Down Again? 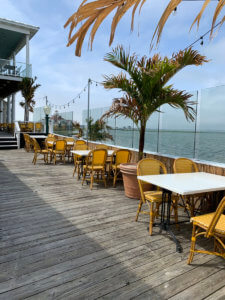 Just like everyone else, Governor Hogan does not want to shut down Maryland bars and restaurants again. However, if the key metrics begin to trend in the wrong direction and reports of non-compliance with the public health guidelines increase, then the governor says he will be forced to change course. “Our economy is open, recovering, and doing better than many other states, but only you can keep Maryland open for business by continuing to follow the public health guidance.,” Hogan said.

On Tuesday, the governor even sent a letter to local leaders and business owners, urging them to comply with the public health guidelines. “Businesses that fail to comply with the state’s orders put their customers and employees at grave risk and jeopardize our safe, effective, and gradual recovery. At least 12 states have already moved to re-close bars and restaurants-we do not want to be forced to take the same action here in Maryland.,” Hogan wrote on Tuesday. Those in violation of the guidelines may be warned, fined, shut down, and could even lose their licenses.

Governor Hogan applauded many of the Ocean City bars and restaurants that closed or halted their reopening in response to positive tests within their staff. Hogan said, “They really did the right thing. That’s what we need everybody to do.” Businesses such as Fish Tales and Dry Dock 28 acted swiftly to ensure the safety of their staff and customers. 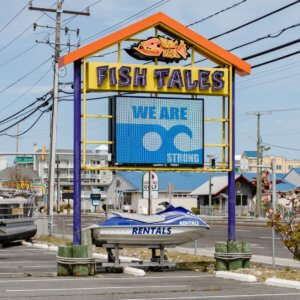 While these closures will help to keep the public safe, they will indeed put a dent in the tourism industry. Susan Jones, Executive Director of the Ocean City Hotel-Motel-Restaurant Association says that she is concerned about restaurants in Ocean City. “Tourism is our livelihood and is an economic engine of our community. The restaurant industry is a huge part of this engine.,” Jones said. For an updated list of restaurant closures and changes, click here.

Pointing to the latest data with regards to young people, Hogan issued a strong warning. “Young people should avoid crowded bars, house parties, and large gatherings of any kind. You are not only putting yourselves at risk, you are also risking the lives of your parents, your grandparents, and other vulnerable people in the community.,” Hogan said.

While the governor is not restricting travel to other states or imposing quarantines, he does encourage Marylanders to hold off on their out-of-state travel plans. If you do decide to travel, you are encouraged to get a COVID-19 test upon your return. 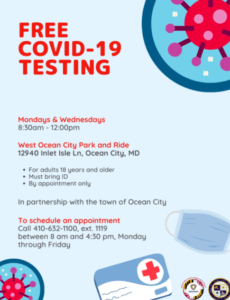 Free tests are available in Worcester County at the West Ocean City Park and Ride on Mondays and Wednesdays from 8:30 a.m. to 12:00 p.m. Testing is by appointment only and you must bring your ID. The latest data shows that 10.8% of the Worcester County population has been tested for COVID-19.

In last week’s Ocean City Council meeting, City Manager Doug Miller praised the testing site and called it “highly effective.” Miller added that Governor Larry Hogan wants the convention center to serve as an added testing site, but Miller feels that the current site is adequate. Since the meeting, there have not been any announcements regarding the convention center.

Ocean City, which is in driving distance for millions of Americans, has been a tourist hotspot this summer since many people are refraining from flying. However, tourism is beginning to slow down again as coronavirus concerns heighten. “Hotels were struggling to keep up with the demand in June as there were many visitors and a limited employee pool. It seems a bit quieter this week and I have had reports of cancellations due to the reported uptick in cases around the nation.,” Susan Jones said.

As the new school year inches closer, parents and students are continuing to wonder what education will look like in the fall. Governor Hogan made clear that he wants children to return to school buildings, but that safety must always be the priority. “We all want our children to get back to school as soon as possible, but only if and when we can do it in a way that keeps our students and our teachers safe.,” Hogan said.

All of Maryland’s 24 jurisdictions are working on plans for the upcoming school year. Each is weighing options such as going entirely virtual, creating a hybrid between in-person instruction and remote learning, or a full return to the classroom. Each county has until August 14th to submit a plan to the Maryland State Department of Education (MSDE). All the proposals will then be reviewed and subject to MSDE guidelines.

State Superintendent of Schools Dr. Karen Salmon will provide an update during a press conference next week.

Before the governor’s latest remarks, Ocean City Mayor Rick Meehan assured residents and tourists that Ocean City will not be shutting down again. “The Town of Ocean City continues to follow Governor Hogan’s Roadmap to Recovery and we have no plans to change our direction…Most restaurants that recently closed did so proactively in an abundance of caution or to provide their staff with some much needed time off.,” Meehan said on Monday.

Logan Dubel is a contributor for OceanCity.com and a junior at Franklin High School in Baltimore County. You can catch his bi-weekly newscasts, This Week in Ocean City, on our YouTube channel, SeeOC. He joined the OceanCity.com team in June 2020. Logan has a strong passion for covering the news and its impact on Marylanders. He serves as the public address announcer at Franklin, welcoming fans for Soccer, Football, Field Hockey, and Lacrosse games. Logan is also the news and managing editor for Franklin's publication, The Gazette. Additionally, Logan is involved with Franklin's internationally recognized mock trial team and is currently participating in a legal reasoning mentorship at Vanderbilt University. In college, he plans to study broadcast journalism.