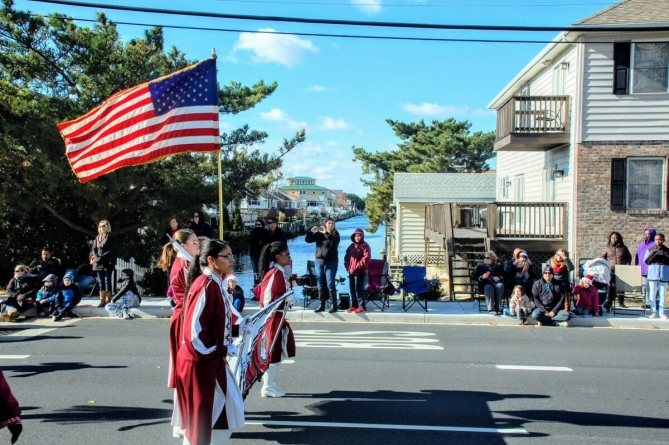 OCEAN CITY, MD – (December 7, 2016):  If you weren’t in the holiday spirit before Saturday’s  Annual Christmas Parade in Ocean City, there is no doubt participants and visitors left beaming with the spirit of the season.  As Christmas colors lined the streets and Christmas carols filled the air, the community parade boasted nearly 50 entries including high school bands, holiday floats, antique cars and much more. What follows are a list of the Christmas parade winners, 2016.

Awards were presented during the post-parade reception, hosted by the Carousel Hotel. “We had a wonderful day, with terrific weather and an outstanding and enthusiastic crowd,” commented Ocean City Special Events Director Frank Miller. “A very special thanks to all of our parade participants and spectators for making the 34th Annual Ocean City Christmas Parade a great success and a true example of a happy holiday celebration at the beach!”