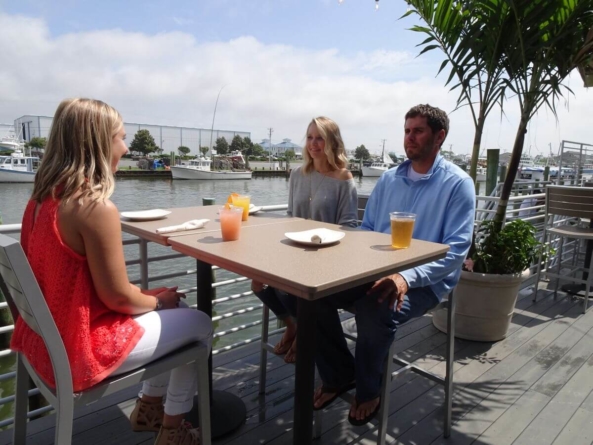 How close can I beach? is the question on everyone’s mind when they’re searching for their dream home in Ocean City. It’s not an uncommon question — in fact, it’s the name of a relatively new show on HGTV, and the latest episode that premiered on March 17 centered around a family searching for a home by the beach in Ocean City, Maryland.

In the season two episode “Breezy Boardwalk Dreams,” former Annapolis residents Colin and Samantha Long search for a house in Ocean City to reside in full-time.

They’re tired of dealing with traffic, the episode’s synopsis says. Having grown up in the area, they want to give their children the same experiences they had growing up, living just steps away from Ocean City’s iconic boardwalk and beach.

The premise of the show is, according to HGTV, “Buyers with dreams of living near the sand and surf learn that sometimes the ideal house may not be right on the beach. They’ll tour different homes that offer the beach lifestyle at varying distances to the shore and witness firsthand the clear differences in space, amenities and views these homes offer. After carefully considering their options, they’ll decide how close to the beach their dream house will be.”

Similar to HGTV’s popular show House Hunters, a real estate agent shows buyers three potential homes, all within the same price range and meeting various requirements of the buyers from size to location. At the end of the show, the buyers reveal which of the three homes they ultimately chose.

The Longs were searching for a two-bedroom residence under $350,000. Their real estate agent, Chelsea Tull of Coldwell Banker’s Ocean City office, showed the couple a house in Ocean Pines, an oceanfront condo on 70th Street, and an ocean block house on 142nd Street.

In addition to the houses and condo that were shown to buyers, the episode featured shots of the Ocean City beach and boardwalk, as well as scenic bayside views and local businesses including Mad Fish Bar & Grill (where Tull and the Longs are seated out on the back patio in the cover image above).

This isn’t the first time Ocean City has appeared on an HGTV program. In a 2018 episode of “Beachfront Bargain Hunt,” an Easton family searches for a beachside vacation home, while a 2017 episode of the same show depicts a family from Phoenix, Maryland searching for an oceanfront home under $325,000.

The 21-minute episode of How Close Can I Beach? premiered on TV on March 17, and is now available to watch online.