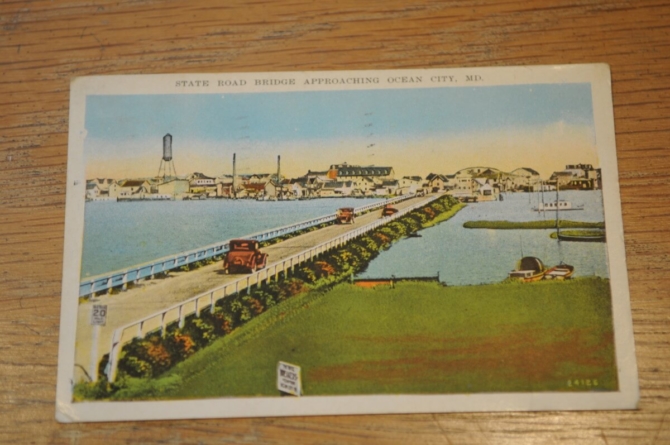 Nick and Janet Carter, of Snow Hill, Maryland were married in 1991, and by 1993  were procuring a collection of local postcards that capture a time often forgotten and in many cases unknown. Early in their marriage, Janet found herself at an auction and bid & won a box of “stuff.” Rummaging through the box, she found old postcards that depicted Snow Hill and other small towns in Delmarva. Thinking others may love the treasure she found; she sent the postcards to the towns they represented, and so began a great interest. 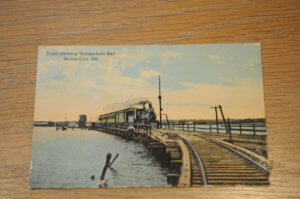 Janet found from some research that she was not the only person who loved the old images of towns on postcards, there was actually a market for it. Slightly heavy hearted, she also found the smaller and less known the town was, the more sought after and expensive the postcard was, like the ones she had just shipped off.  No worse for wear, Janet forged on with Nick gaining just as much of a bug for postcard collecting. Janet said, “We loved to collect our local postcards, so we thought others might like it too.”

Their Love Was Shared 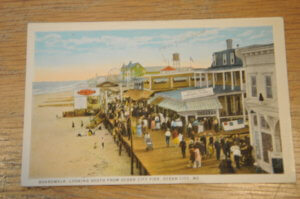 As their curiosity grew, they found they were they were right! Others did like postcards too! The Carters traveled to York, PA for the yearly Postcard Show and found themselves in awe of how many kinds of postcards and people who loved postcards there really were! Nick and Janet then joined a postcard club out of Salisbury, MD and quickly became officers in the club. They helped the club run a yearly postcard show in Wicomico Civic Center in Salisbury, MD. Nick, a retired postmaster ironically enough, learned so much about postcards that he can date a postcard by just looking at it. They also found what others most wanted; topical cards are the most lucrative. Halloween is the most desired topical postcard. So began the search for cards they wanted, and postcards the public wanted. Nick then opened his own Ebay store to sell postcards. 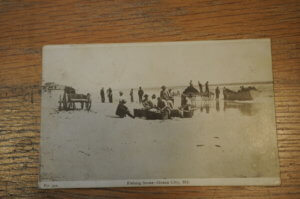 The Carters now have an extensive collection of postcards; majority being Pre 1930’s. Estimated quantity between five or six thousand postcards. Their favorite cards depict their local area. They have images of towns in Somerset, Wicomico, and Worcester Counties, especially pictures of churches and railroad stations from those towns. 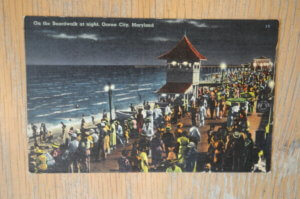 With the internet making searching for a postcard so much easier than waiting for the next yearly postcard show, their beloved club has disband and the yearly Wicomico Postcard Show is not held anymore, but Janet & Nick still talk with such enthusiasm and pride when sharing their postcards. Stories of how they bought a postcard for five dollars and sold it for $260, or the box of postcards Janet once found at an auction that was a series of love letters from a man trying very hard to court his bride. Stories such as those bring smiles to Janet & Nick’s faces. Listeners can’t help but reciprocate the same emotions back.

Some images of Ocean City from Janet & Nick’s postcard collection. Can you believe how Ocean City has changed?!
335 Shares
Share
Tweet
Email