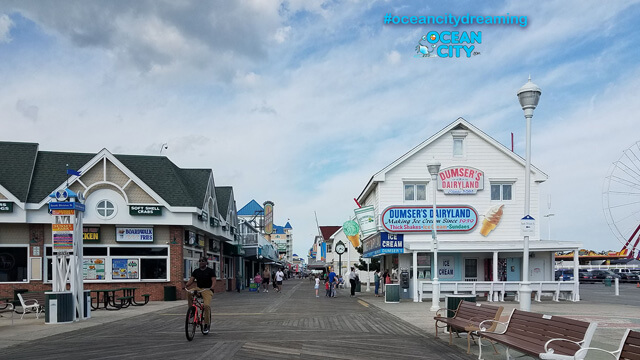 The Ocean City Council and Mayor led one of the most heated meetings ever Monday evening, tackling the issue of keeping visitors and residents safe following recent incidents on the Boardwalk. The rush to ensure the safety of tourists comes after a long week of violence along Ocean City’s Boardwalk. Members of the public made their passionate and caring voices heard, pleading for elected officials to do better and more.

City councilmembers and Mayor Rick Meehan addressed public security matters during a separate meeting earlier Monday, which was closed to the public. However, viewers of the lengthy public session, which began an hour later, submitted their questions and were even allowed to speak directly to city officials,. This quickly transformed the meeting into a candid discussion about transparency and accountability. Frustration over the violence was clear and many members of the public stressed that they feel unheard by their elected officials, especially during this challenging time. A property owner even criticized Mayor Meehan directly, asking for transparency, while another attendee called for a seminar between citizens and officials.

In response to the passionate public reaction, Councilmember John Gehrig told his fellow elected officials “I’m done discussing this behind the scenes. I’m going to speak right out in public…The solution is on us; it’s why we were elected.” Mayor Meehan added that more officers need to be added to the police force and that solutions are necessary. He even said, “We shouldn’t be giving lip service, people don’t want it.” Councilmember Tony DeLuca repeated his colleagues’ sentiments, saying that the council “owes the public.”

Councilmember Matt James reacted to the recent events on Facebook Monday afternoon, saying that “Something must be done now to stop these criminals from coming to Ocean City, their behavior is unacceptable and unwanted.” He echoed these concerns during the meeting, saying that “our constituents deserve better.”

At the conclusion of the meeting, Councilmember Gehrig said in part to members of the public, “There are solutions. There are actionable items we can undertake. We can change the message. The message precedes the action. I say “we need” but don’t misunderstand… all of this exists. We have talked about it. Now is the time to do it. Contact me anytime…”

Despite the frustration, there is also a love and passion for Ocean City from members of the public, who are surely ready for change. While there are not yet solutions, officials are optimistic that the problems can be attacked both now and in the future. Members of the public were heard loud and clear and now, they say that it is up to the elected officials to be transparent and put solutions in place, not merely discuss them.

Following a weekend of arrests and more unruliness, Ocean City Police Chief Ross Buzzuro released a video Monday morning addressing the unrest. “I can assure you that in the days and weeks ahead, they (police officers) will be doing even more to keep our visitors and residents safe…they will be there to strictly, yet professionally, enforce the law. The kind of behavior we have seen recently will not be tolerated and arrests will be made.”, says Buzzuro. The police chief went on to say that tension is present all over the nation, but that as we have these important conversations, respect and kindness are pertinent.

While these incidents are making headlines, Jackie Ball, one of the owners of the Park Place Hotel on the Boardwalk emphasizes that families should not be discouraged from heading down to the ocean. “What we’ve been telling people is that these are isolated incidents and families do not need to be afraid. All of our guests staying at our hotel have not been affected by this. However, we still want all of these incidents to come to an end soon. We are hoping that this is not something that will continue throughout the summer.”, says Ball. Tonight, there was no question that councilmembers also want everyone to feel safe and secure while visiting.

City Manager Doug Miller announced July 4th fireworks will not take place, and will be postponed to a later date. Miller also said that the council does not expect any additional applications for outdoor dining on public property due to Governor Larry Hogan’s previous actions to allow limited indoor and outdoor dining. Additionally, Councilmember Gehrig added that many special events are postponed, and some are still waiting on receiving guidance as it relates to social distancing and other health measures. However, he promised that outdoor summer camps are continuing, with nearly 1,000 students signed up, and that an outdoor graduation on the Boardwalk was so successful, that it may be considered again in the future.

The next regularly scheduled meeting is on July 6th at 6:00 p.m.

Logan Dubel is a contributor for OceanCity.com and a rising senior at Franklin High School in Baltimore County, Maryland. You can catch his newscast, This Week in Ocean City, on our YouTube channel, SeeOC. He joined the OceanCity.com team in June 2020. In addition, he serves as a freelance writer and intern for the Art League of Ocean City. Logan has a strong passion for covering the news and its impact on Marylanders. He serves as the public address announcer at Franklin, welcoming fans for soccer, football, field hockey, and lacrosse games. Logan is also the news and managing editor for Franklin's publication, The Gazette. Additionally, Logan is involved with Franklin's internationally recognized mock trial team and is currently participating in a legal reasoning mentorship at Vanderbilt University. In March 2021, Logan was a finalist for Student Member of the Baltimore County Board of Education. In college, he plans to study broadcast journalism.