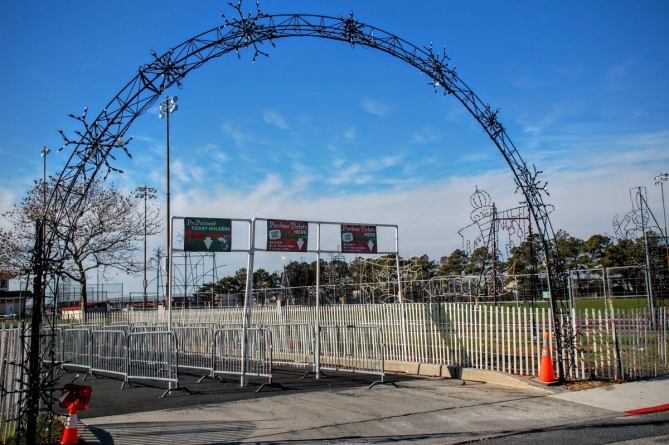 Over the next two months or so the Winterfest of Lights at Northside Park will be a beacon in the dark, teeming with families from all over the region who make the regular trip to Ocean City to experience the annual event. Believe it or not, until recently there wasn’t much to see, but over the last few weeks what is a walking path most of the year has been transformed into a winter wonderland.
We recently popped over there to see how things were coming along and found city staff and contractors busy getting things ready for the winter kickoff event.

Heather Wiles and Lisa Mitchell have each been with the town’s special events department for more than a decade. The pair have worked on decorating the Winterfest of Lights village each of those years, untangling lights, erecting displays and generally making what normally would be just a plain white tent a lot more festive.

A Winterfest Excursion – Things to Do in Ocean City Maryland It was a cold night as we drove along the Route 90 into Ocean City. From the bridge, you could see the array of lights set along the coastline, illuminating the buildings all around town.

They didn’t do the entire thing alone, the Ocean City Recreation and Parks folks got to work on Oct. 1, putting up the tent, dragging the buildings out of storage and setting up the lights that will transform the ride around Northside Park into a holiday excursion.

Gaither Burnett, who works for Kutt Productions entertainment group, was putting the final touches on the interior lights and sound system. He’s been working for awhile to make certain that the ambient sound and lights are not distracting but also sufficient. He took a break to pose next to one of the new displays for the Winterfest Village. 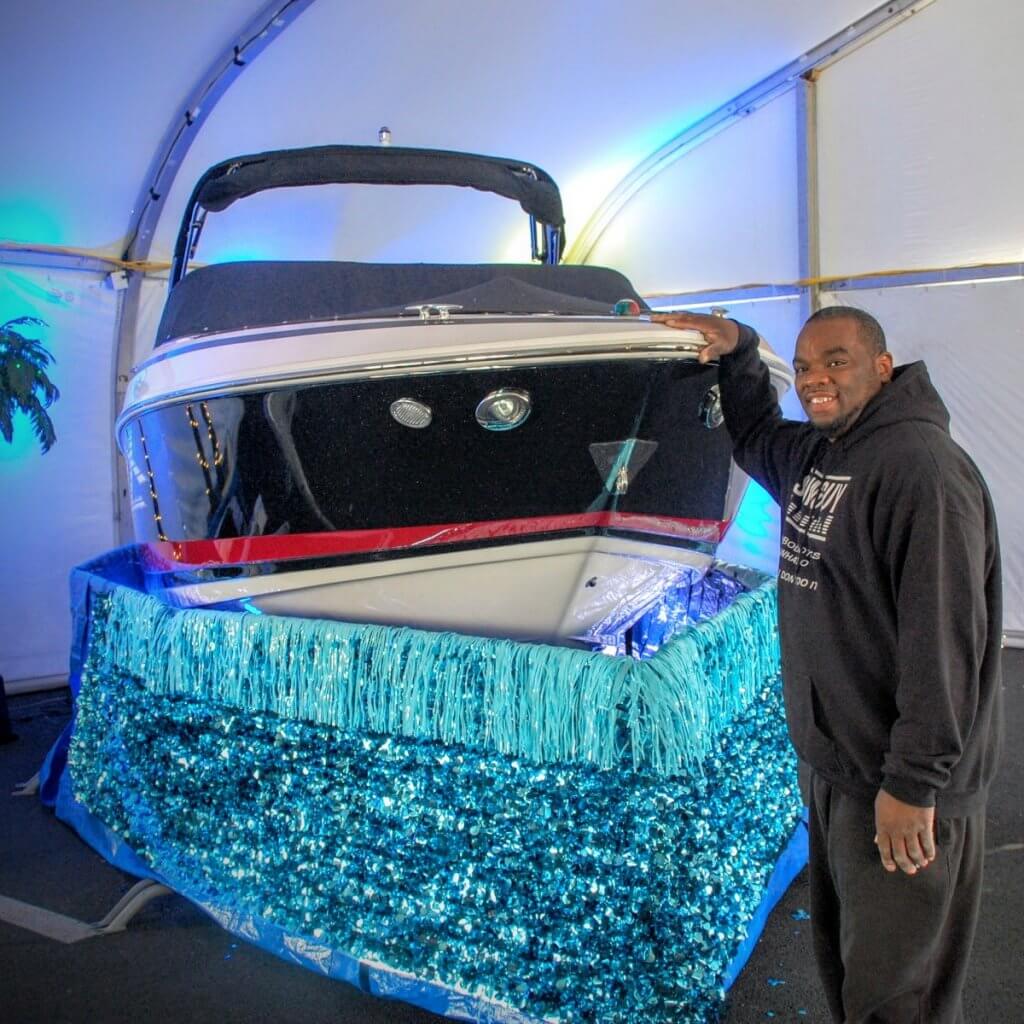 Northside Park on125th Street Bayside hosts the Winterfest of lights 5:30 – 9:30 p.m. Sunday–Thursday from and 5:30- 10:30 p.m Friday and Saturday. Tickets are available in advance at the Ocean City Community Center and the Convention Center. Admission is $5. Children under 11 are free.