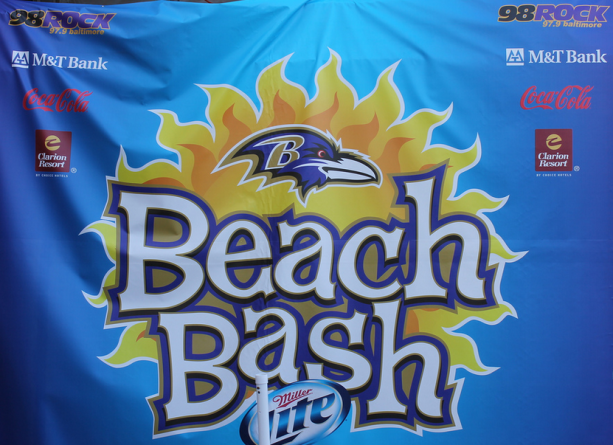 Have you ever wanted to make a visit to Ravenstown? Are you proud to wear your Ravens’ jersey in the off season? Want to compete in the Beach Bash Flag Football Tournament?

Well you’re in luck, as the Ravens crash Ocean City, Maryland’s gates on May 29 and don’t leave until June 1.  So come on out and join Ravens players, cheerleaders, Playmakers, band members, mascots and talent from 98Rock to celebrate everything purple and black with the annual 3rd annual Ravens’ Beach Bash.

The Clarion Resort Fountainebleau Hotel will once again be the official headquarters of Ravens Beach Bash, and will host numerous events and appearances throughout the weekend. Included in the festivities will be the Purple Friday Caravan, live broadcasts with 98Rock, bar crawls, the Annual Ravens Roosts parade, a bonfire and tailgate party at the Clarion, and much more.

One of the biggest events of the weekend will be the Beach Flag Football tournament. The tournament will put 5 players from each team against each other on the warm sand as they compete for prizes and bragging rights. Teams can consist of up to 12 players and each team is guaranteed at least 3 games. Entry costs $200 per team and tickets will be on sale until May 18th, but there’s a limited amount of slots, so don’t wait to sign your squad up.

If you want to be treated like Super Bowl Champion, the Clarion is offering exceptional VIP tickets, as well as room packages that include 2 nights accommodations, a $25 food credit, 2 drink tickets, and a Ravens beach bag filled with goodies. The Clarion notoriously sells out on the weekend of the Beach Bash, but you’re in luck, as there are a number of other great hotels within walking distance of the festivities if you can’t land a room at the Beach Bash headquarters. These include the Cayman Suites Hotel, Coastal Palms Inn & Suites, Comfort Inn Gold Coast, Sea Hawk Motel and Holiday Inn Express.

Of course not all of the events will take place at the Clarion. Among such events will be the Miller Lite Welcome Party at Seacrets, the Miller Lite Bar Crawl with Playmakers in West OC and the the Ravens’ Roost Parade down Coastal Highway. A Full list of events can be seen here: http://www.baltimoreravens.com/ravenstown/beach-bash.html

We leave you with images from last year’s Ravens Beach Bash in Ocean City and will see you for Beach Bash 2014: 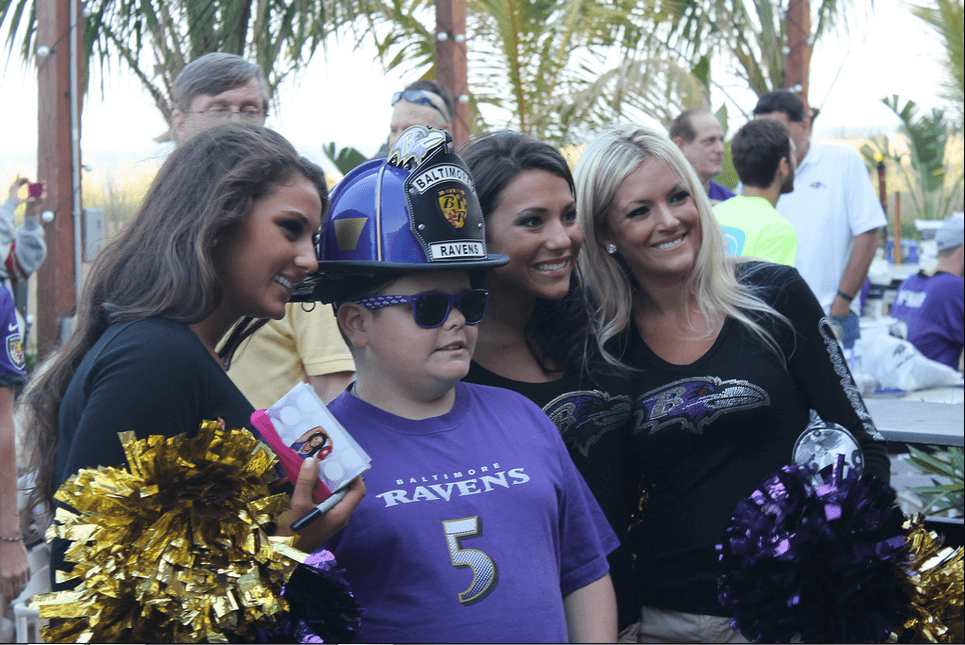 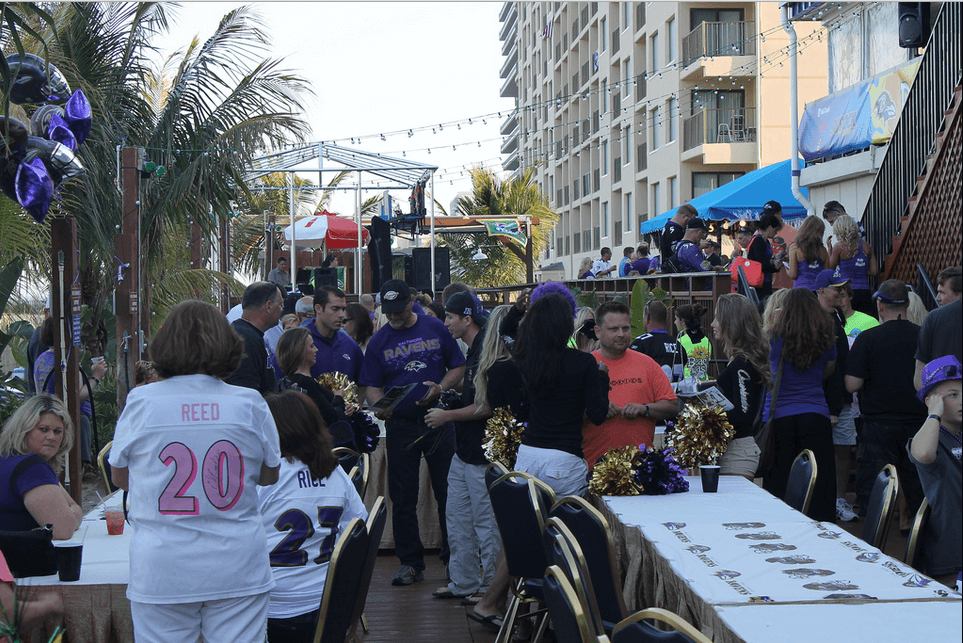 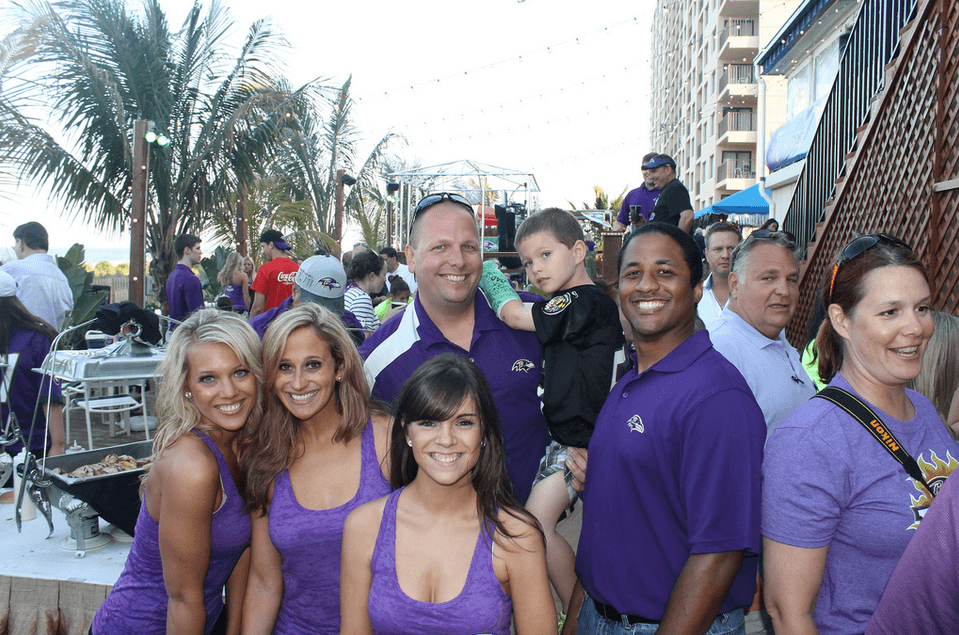