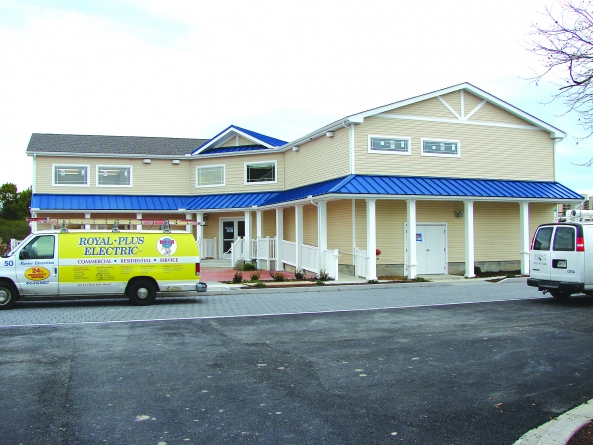 (Dec. 14, 2012) Golden anniversaries – at least the pleasant ones – don’t usually come unexpected. But for the Art League of Ocean City, the surprise has been welcome.

Not only has the organization recently discovered that 2013 will be its 50th year, but it is also on the cusp of opening a new building, for which it has appointed its first executive director.

The president of the league’s board of directors, Rina Thaler, has been hired as the group’s first paid staff member, it was announced this week. Local artist and board member Marian Bickerstaff will assume the president’s post after Thaler moves to the professional side.

“This is turning my passion into a job,” Thaler said. “We’ve pretty much always been a volunteer-based organization. But with the new building, our growth in size, and everything additional that we’ll be doing, the board of directors wanted to have paid staff on site at all times. The executive director is charged with running the facility.”

The new building, to be dubbed the Ocean City Center for the Arts, will continue to be run by the nonprofit ALOC, as was the old league headquarters that was demolished this time last year to make way for the new center. Since then, the league has been using the former Susquehanna Bank building at the 94th Street Mall as a temporary space.

The new Center for the Arts is a 7,500-square-foot facility with vastly expanded gallery, classroom, retail, and office space.

“We’re hoping to start moving in January,” Thaler said. “Classes will start up as soon as we can physically get ourselves in.”

Most importantly, the building will feature studio space that local artists can rent to use as their own workshops.

“We’ll have individual artists in the studios, where the artists can create their work [on the premises],” Thaler said.

The first show in the new building is scheduled for March and will feature historical works by local artist Patrick Henry. Museum pieces from the Ocean City Lifesaving Museum will also be featured and the exhibition will also recognize 2013 as the ALOC’s 50th anniversary.

“We never really had a complete history of the art league,” Thaler said. “We always though it started in the ’70s, but we recently found out that it was formed in 1963.”

Newly uncovered records, Thaler said, show the league as having been conceived in what is now City Hall. Prior to storm of 1962, the building that currently houses the city’s government offices was a school. In the interim period between its conversion, Thaler said, the art league was founded within the walls.

“Here we have this grand new beginning, but we also found out that we have this really neat past,” she said. “For 50 years or more it’s been a desire to have a real art center in Ocean City and it’s finally being realized.”

The deal to build the new facility was brokered last year, when the town agreed to fund $600,000 of the projected $800,000 construction, with the ALOC raising the remaining $200,000. This means that the city is actually the owner of the building, but it has granted the league a 50-year lease on the property with an annual rent of $1.