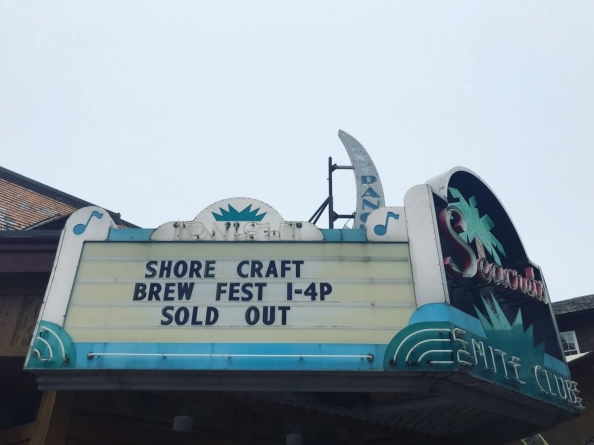 At this point, it’s an annual FeBREWary tradition. We go to Seacrets (it’s almost more fun in the wintertime), we listen to some good music and we drink great local beer, with about 850 others. And we might be a little bit biased since Shore Craft Beer is our sister site and all, but honestly, Shore Craft Beer Fest: Love on Tap at Seacrets is genuinely just a really, really good time.

Next time you make plans to take a winter vacation in Ocean City, I can’t recommend highly enough that you come during Love on Tap. For the most part, I’ll let the pictures and video speak for themselves. But even if you think you’re not a craft beer person (in which case you probably either “don’t like beer” or can’t put down the Budweiser), there truly is a beer for everyone, made right here on Delmarva. From chocolate stouts to fruity sours to traditional pale ales, there’s a little bit of everything on tap at Love on Tap.

If you missed Love on Tap this year, fear not! It’ll be back again next February, and in the meantime, the first-ever Beer at Bethany Beach festival is coming up on March 24.