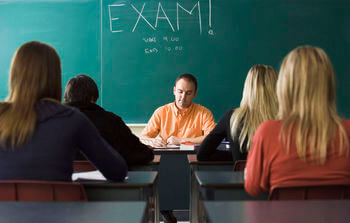 (May 22, 2015) The contention that a Worcester County teacher, whose pay increase has been delayed for the past three years, could make more by relocating to a neighboring county and being assigned the appropriate pay grade is true. Sometimes.

The clearer answer is that the school systems in the lower shore counties do not employ a one-size-fits-all salary schedule, so the financial impact of a teacher’s move to another school district depends on a multitude of factors.

Base salaries for Worcester, Wicomico, Somerset and Dorchester counties are all published online, but that base is just the foundation on which additional credentials, certifications and longevity can be applied.

In Worcester, teachers and other public employees are paid on a scale based on their previous experience when hired. Each year, pending certain requirements, employees are expecting to move along that scale at a rate of one step per year. As time passes, the value of these steps increases.

In the county’s budgetarily tight fiscal years of 2010, 2011 and 2012, however, those steps were not granted and teacher advocates have been pushing to institute those steps and get educators’ salaries back on track.

Beth Shockley-Lynch, president of the Worcester County Teachers Association, said recently that neighboring counties also postponed their steps, but have since made their teachers “whole.”

Consequently, Worcester teachers are being paid three years behind their peers elsewhere, which suggests they might be able to catch up by commuting to those districts where normal pay schedules have resumed.

“With five years’ experience, you have the opportunity to make $7,000 more in an area 15 minutes away,” Shockley-Lynch said.

That’s true in some instances, depending on a teacher’s credentials, but there also are circumstances when moving to another county that has restored its salary steps would result in a pay cut or at least a loss of potential earnings.

The first skipped step for a Worcester teacher occurred in 2009 for the 2010 budget. A teacher beginning his or her teaching career in the county at step one in 2009 would be on step six in 2015 if all the steps had been paid.

With a bachelor’s degree, a teacher earns a base salary of $44,715. If the missed steps were restored, that teacher would be making $46,749.

Until the very end of the published scale, steps 13 and up, Dorchester county teachers with master’s degrees earn more than Worcester teachers with an equivalent and advanced certificate.

For the other counties, things begin to change around the step seven mark.

Under these circumstances, Wicomico always pays a higher rate until step 15, where Wicomico stops at $65,939 for three steps and Worcester jumps from $65,629 to $71,285 between steps 15 and 16 alone. Somerset stays ahead of Worcester until step 13.

With a master’s degree plus 30 graduate hours, with a few exceptions, the salary earned because of the missing steps is always lower in Worcester than it is in other counties. However, with the steps restored, Worcester County’s pay almost always exceeds the other counties.

The same holds true for teachers with a doctorate. Without the steps, other counties pay more than Worcester, but with the steps restored, the salaries are almost always higher.