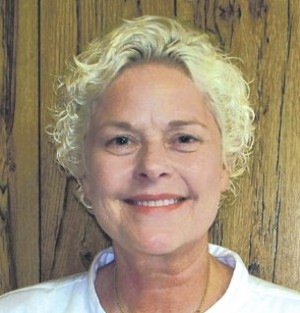 (Nov. 28, 2014) Food is the divinity of all; the universal order of mysticism must carry on. He who knows this is the keeper of offerings to be. Profound philosophical truths come in many flavors. Distinguishing sweet, savory and sour is up for the judging eye.

Cooks must pass through all degrees; it is by their own discordant tempers be obliged to please. Passions arise with joyful cries, the art of entertaining was brought to life from a time of antiquity. Ancient Romans, if you will, spirited feasting with astonishing bravura.

The partaking of food and drink were mesmerizing indeed; Roman festivities teased the senses insatiably. Countless prodigies of gastric skills tickled the path for perpetuity..

Feet and hands were purified for the blessings about to be received. Merrymaking was superlative and silver was the precious metal for serving. Spoons, not forks, were the passageway to no return. Succumbing to sinful pleasures can be divine most definitely.

Dormice were considered a delicacy. Do not be fooled by appearance or even formality, the little creatures are rodents and not mice. Oh the tasty morsels stuffed with minced pork, mouse meat, and pepper was quite a hit. But if an appetizer didn’t meet one’s fancy, a dormice dipped in honey and coated with poppy seeds was another scrumptious selection.

The origins of fish sauce may detail a deceiving personification. This embodiment of Eastern cooking graced Ancient Rome as its humble beginnings. Fish sauce was fashioned by layering fish and salt until the process of fermentation was complete. This culinary wonder is still the rage and glory of today.

Fish were more coveted than creatures of land; aquaculture was plenty in the land of sophistication. Italian heart’s yearned for the sea. So plump and so fresh, so sweet is their flesh. Do not fight consummation. Swallowing the forbidden has never brought such decadence. The pearl of paradise is its definitive state.

My love for the wondrous aphrodisiac, just like the Roman’s, is blind and rationality makes no sense. Ramanathan Srinivasan sums it up most beautifully, “the most difficult thing to explain in life is the simplest truth called love.” Oysters, my heart is open to thee and nothing will ever keep us apart.

The holiday season is here and succulent oysters add to any festivity. The possibility of preparing oysters are endless but has one considered grilling?

Grilled oysters are “in” and a must for oyster lovers.

Grilling oysters constitutes two major decisions. The first thought process is whether to cook the oysters whole or on the half-shell. Although there’s little difference in method, the outcome can be significant. Some chefs believe grilling an oyster on the half-shell yields a more tender oyster. Others prefer grilling a whole oyster since it retains better flavor.

The next point of interest is whether to serve the grilled oysters plain or accompanied with a savory sauce; preference is based on personal choice. Oyster “purists” would never consider adding anything, but then there are those who feel a little seasoning highlights the oyster experience.

If one plans to grill oysters often, I highly suggest a shellfish cooking rack for grills. These racks are designed to hold the oysters in place which prevents precious juices from spilling onto the coals. They can be purchased online and prices vary from inexpensive to very pricy. They are well worth the money.

1. Preheat a grill. Place shallots and wine in a small saucepan and simmer over medium heat until mixture reduces by half, approximately 6 to 8 minutes.

2. Remove pan from heat, whisk in butter, 1 tablespoon at a time. If sauce cools too much, place it back on the grill briefly. Whisk in remaining ingredients except for oysters.

3. Grill oysters flat side up over hot coals until shells start to open. The time will vary depending on the size of the oyster and temperature of coals. Discard any oysters that do not open.

5. Arrange oysters on a platter and top with sauce.

Secret Ingredient – Desire. “There are two tragedies in life. One is not to get your heart’s desire.

The other is to get it.”