(Sept. 19, 2014) Two suspects were indicted earlier this month in the Aug. 24 death of a Pennsylvania man in Ocean City.

Caleb Edwin Earl Ochse, 27, of West Ocean City, and Christopher Blake Kendall, who has addresses in Ocean City and Wilmington, Del., were indicted Sept. 2 on charges of manslaughter, second-degree assault, reckless endangerment, affray and consuming an alcoholic beverage to the point of endangering others. Both men had been charged with those offenses Aug. 26 after the Chief Medical Examiner’s Office ruled the death of Justin Daniel Cancelliere of North Whitehall Township to be a homicide, but those cases were closed following the indictment.

An argument led to a scuffle, with Cancelliere allegedly fighting with Ochse and Kendall. The charging document did not state who started the fight or what the argument was about.

Cancelliere’s cousin reportedly told police he broke up the fight and then saw Cancelliere, who had injuries to his face and head, on the ground. Cancelliere was unconscious and bleeding.

When police arrived at about 3:15 a.m., they noted Cancelliere had a bloody nose, his forehead was bruised and he was unconscious. Ocean City paramedics started emergency life-saving procedures before he was taken to Atlantic General Hospital, where he was pronounced dead later that morning.

Reviewing a video surveillance tape, police determined one of the men at the sub shop was Ochse. Detectives with the Ocean City Police Department went to Ochse’s West Ocean City residence at about 9:50 a.m. and told him they were investigating a fight that had occurred outside the downtown sub shop. Ochse reportedly did not answer those questions. Kendall, who was at Ochse’s residence, also reportedly refused to answer questions.

The next day, Monday, Aug. 25, the Medical Examiner’s Office conducted an autopsy on Cancelliere and ruled that the cause of death was head and neck trauma and that the manner of death was homicide. On Tuesday, Aug. 26, police arrested Ochse at his place of work, a West Ocean City restaurant, and Kendall turned himself at the Ocean City Police Department headquarters later that day. He was released after a District Court commissioner found no probable cause for the charges against him.

Both men had been scheduled for preliminary hearings in District Court in Ocean City on Sept. 25, but those hearings will not be held because the cases are now in Circuit Court in Snow Hill.

Kendall appeared in Circuit Court on Sept. 8 for a bond review. His bond was set at $100,000. He posted bond that day and he was released from jail. Ochse continues to be held in jail on $400,000 bond.

Funeral services for Cancelliere were held Friday, Aug. 29. Funds are being raised for his wife and two young children online at http://www.gofundme. com/djtjqg. The goal is to raise $25,000 and as of Sept. 15, 12,990 had been raised. 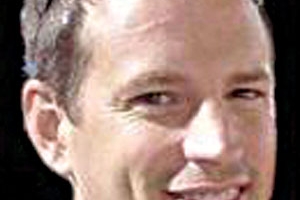 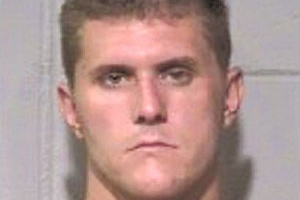 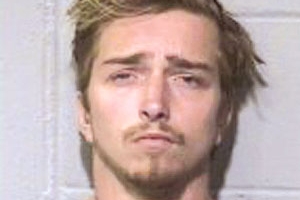