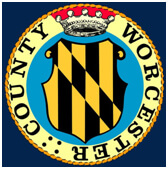 (April 5, 2013) Tourism Director Lisa Challenger was advised Tuesday to play the slot machines to get money for a visitors’ trolley.

“Go back to Ocean Downs and put a dollar in the machine,” said Bud Church, president of the Worcester County Commissioners. “I hope you win $50.”

The Casino at Ocean Downs, Challenger said, was interested in the Tri-County Council’s proposed plan to have two trolleys transport visitors to and from places in West Ocean City, Berlin, Assateague Island, Ocean Pines and points in between.

“They would sort of make one big loop,” Challenger said.

Casino representatives had been looking into the possibility of having its own shuttle bus service and had put money aside for it, she said.

Two businesses, Frontier Town on Route 611 and the Francis Scott Key Motel on Route 50 in West Ocean City, already have their own shuttle buses and would keep those in addition to participating in the new trolley venture.

The trolleys would operate from Memorial Day weekend through Labor Day weekend with a total operating cost estimated at $140,000.

On behalf of the Tri-County Council, Challenger asked for $10,000 to help launch the new endeavor, which is endorsed by the Ocean City Chamber of Commerce, the Town of Berlin and many area businesses, including the Casino at Ocean Downs, she said.

Additional funding would be sought from local businesses and governments that would benefit from the service.

Because the commissioners will not adopt a budget until June 4, they did not want to commit funds for the trolley project at this time.

Brad Bellacio of the Tri-County Council said the trolleys would be purchased from the Town of Ocean City, which approached the Tri-County Council’s Shore Transit division in early February with an offer to sell them. The concept, he said, “is to help move people around.” A similar program using four surplus trolleys is in Annapolis.

The trolleys’ outer shell makes them look like an old-fashioned trolley.

According to the Tri-County Council, the trolleys are in good condition and suitable for use for special events or special service routes to enhance the experience of visitors to the area.

Shore Transit proposes that two trolleys make six runs each per day to designated stops from 10 a.m. to 9:30 p.m. from Memorial Day to Labor Day. Rides would begin at the Park and Ride in West Ocean City. Stops could include the commercial harbor in West Ocean City, Casino at Ocean Downs and the Ocean Pines Swim and Racquet Club, among others.

For $10,000, one would be a silver partner and would receive the same benefits as a bronze partner, but the number of coupons for free rides would be increased to 100 and the company logo at the trolley stop nearest the company’s location would be larger.

For $20,000, one would be a gold partner and would receive the same benefits as the bronze and silver partners, but the number of coupons for free rides would be increase to 200 and they could have a medium-sized company logo at all trolley stops.

For $50,000, one would be a platinum partner. In addition to the benefits the other partners are receiving, they would get 500 coupons for free rides, company sponsorship information on the Shore Transit Web site and a large company logo at all trolley stops.

The Council wants funding commitments in place by May 1. Otherwise, the project will be moved to summer 2014.