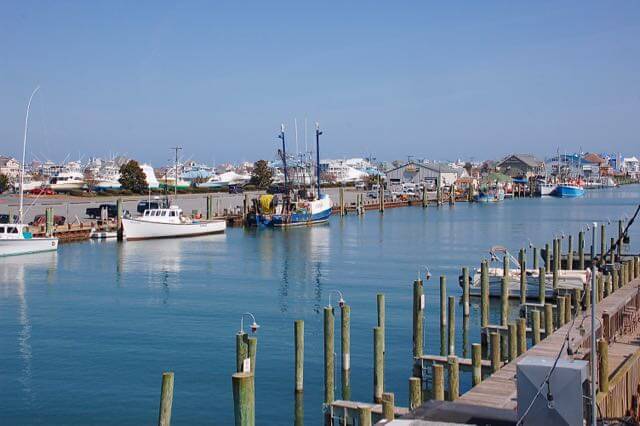 There’s no point in dodging the question: Yes, it is really tough for anyone to take over a landmark seafood restaurant, re-design and re-name it, and have the place remain successful. But Joe White isn’t just anyone. The new managing partner of the former Captain’s Galley has grown up in the business, having worked at the Shrimp Boat and in other hospitality establishments for the better part of his adult life. He purchased the Shrimp Boat businesses from his uncle, Capt. Joe Croccetti, out of respect for the past and hope for the future. He has honored that tradition right from the first, improving upon the Shrimp Boat experience without undermining the best things about that iconic stop-off. There is little question he can do the same with Captain’s Galley. In fact, he already has.

Joe speaks openly and honestly about the challenges he has faced coming up in the seafood business. When he and “Capt. Joe” expanded the Shrimp Boat to include a dining area, they got what they wanted. People came to the roadside landmark as much for the fresh fish to-go as for the meals made to order in the small kitchen. If there was a downside it was expanding on the supply side to meet the increased demand. When your business is built on providing high-quality seafood, just choosing any purveyor isn’t an option. It wasn’t only that Joe needed more fish, he needed more fish at the quality levels for which the Shrimp Boat had become famous.

Waldo “Do” Hansen, the colorful owner of the Captain’s Galley, was preparing to retire. Joe and some local fisherman talked about buying the place from him. “Do” wasn’t committed to keeping everything as it always had been, but didn’t want to see the independent restaurant he’d built swallowed up by a chain. He agreed to sell to Joe and his partners saying, “Just don’t let it become a Carrabba’s.”

“Do” didn’t have any illusions that changes had to be made, but neither did Joe have any illusions that he had to start from scratch with the new restaurant. Changing the name but keeping it a seafood restaurant allowed him to keep the processes that were working and discard those that weren’t. For example, most of the staff remains. The guys in the kitchen were thrilled to get the opportunity to stretch out a bit when it came to the menu. Similarly, the women who made the crab cakes for which Captain’s Galley was famous continue to work their culinary magic. Joe even kept what is one of the few lunchtime salad bars open for people who want to pop in and get a lunch salad to go.

People love to eat by the water. This is not a secret, but in the past the restaurant didn’t have all the waterfront dining sections open all the time. This was one of the big changes Joe made. Inside the Ocean City Fish Company is light and fresh but still nautical. Joe and his staff have begun renovating the deck and will be able to accommodate diners on both levels even in less-than-ideal weather. The physical changes are both subtle and substantive. The wood glows and the walls make the place feel roomier and fresher without losing the traditional family seafood restaurant appeal.

The view is specific. A working harbor with the resort in the background means you can sit on the deck of a summer evening and watch the boats come and go as the ferris wheel’s lights brighten in the distance.

Great service is about more than efficiency, it is about attitude. The culture Joe and his staff have developed gives the impression that they mean to be all things to all people. Joe said the pleasure of working with the staff is how open they were to change as well as to keeping things the same were necessary. From the first they were committed to improvement at whatever cost that turned out to be. From creating a space where families might be more comfortable, to improving the sports bar experience to opening the menu to interpretation, you’re going to have to work hard to find something they can’t do, and even harder to order something they won’t do.

Joe established a “Captain’s Classics” menu comprised of most of the old favorites. The rest the staff still is willing to make upon request.

“If you walk in here you can pick your experience,” Joe said. “We want people to be happy, to be comfortable.”