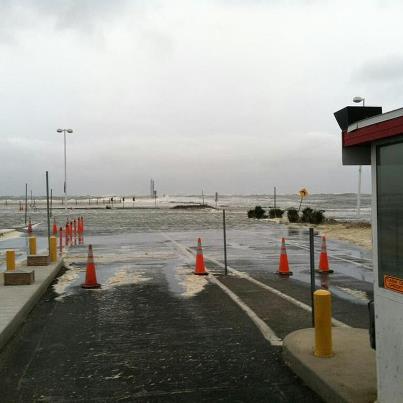 With Hurricane Sandy’s arrival approaching, the Town of Ocean City is implanting Phase II of the Emergency Operations Plan. Due to the severe flooding which is expected during the storm, a mandatory evacuation of all residents in the downtown area (south of 17th Street) has been issued and is effective immediately.  All residents in these areas must evacuate before 8 p.m. today, October 28.  In addition, a voluntary evacuation order is in place for residents and occupants of known low lying areas.

Ocean City Mayor Rick Meehan has declared a local State of Emergency, issuing an order to close the beach to all persons until further notices. In addition, the inlet lot will be closed beginning at 5 p.m. and will not reopen for the duration of the storm, which is expected to last two to three days.

During the storm, the Town of Ocean City will be posting storm related information on various websites, social media outlets, through the GovDelivery system and the television access channel.  Citizens are asked to tune into Ocean City’s Government Access Channel (4 & 15) for further detailed information or advisories.  To subscribe to GovDelivery, visit the “City Wide Alerts” tab on the Town of Ocean City’s website at http://oceancitymd.gov/.

The next scheduled update is expected at approximately 12 p.m. today October 28.