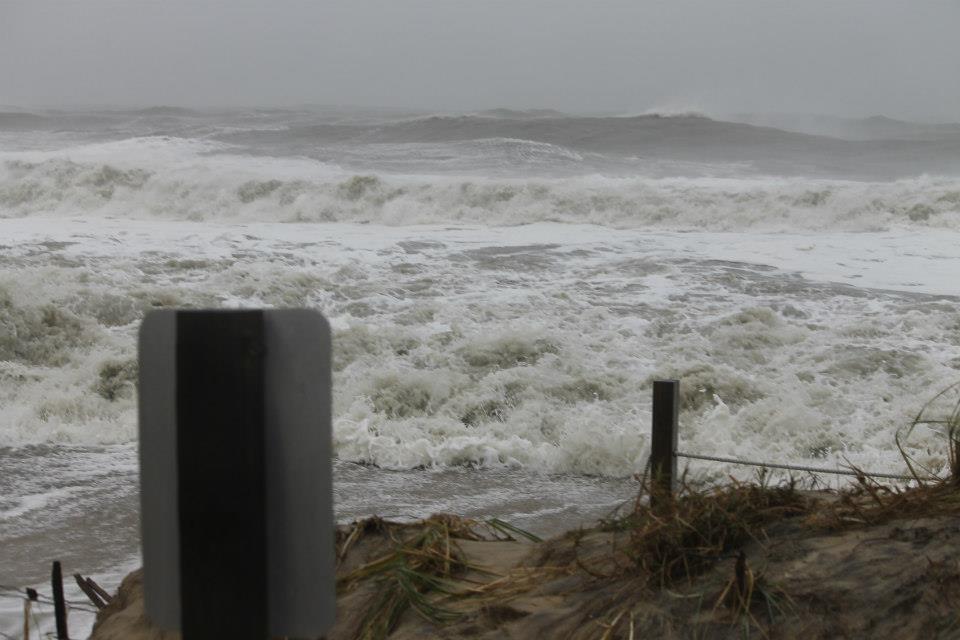 The Town of Ocean City issued another alert telling all residents who did not evacuate to shelter in place, keeping blinds and curtains closed.  The Route 90 Bridge is now closed to all but emergency personnel so there is no way off the island during the worst of the storm.  Reports say that the ocean breached the dunes at the Clarion Resort Hotel in north Ocean City and they expect it to do the same during this evening’s high tide.

Due to increasing winds and rain, the Route 90 Bridge will be closed at 5 p.m. to all non-emergency traffic until further notice.  For those residents and visitors who have chosen not to evacuate, Ocean City Emergency Services is advising to shelter in place by remaining where you are for the duration of the storm.

Citizens should stay indoors during the hurricane and away from windows or glass doors.  Also, Emergency Services officials are requesting citizens stay off the roadway as conditions are expected to worsen.  Remember to keep curtains and blinds closed, close all interior doors and secure and brace external doors.  Also, it’s important for residents and visitors to not be fooled if there is a lull in the storm, as it could be the eye of the storm and winds could pick up again.  If necessary, take refuge in a small interior room, closet or hallway on the lowest level.

At this time the storm is expected to be at its worse between 6 p.m. and 9 p.m. today, with estimated sustained winds at 40-50 mph with possible gusts reaching hurricane strength.  Approximately 10 inches of rain is expected, which will result in severe flooding in low lying areas when combined with the storm and tidal surges.

During the storm, the Town of Ocean City will be posting storm related information on various websites, social media outlets, through the GovDelivery system and the television access channel.  Citizens are asked to tune into Ocean City’s Government Access Channel (4 & 15) for further detailed information or advisories.  To subscribe to GovDelivery, visit the “City Wide Alerts” tab on the Town of Ocean City’s website at http://oceancitymd.gov/. Residents with questions or concerns can contact 410.289.8967.

The next scheduled update is expected at approximately 9 a.m. tomorrow, October 30, unless needed.

A media briefing has been scheduled for 10 a.m. tomorrow, October 30.