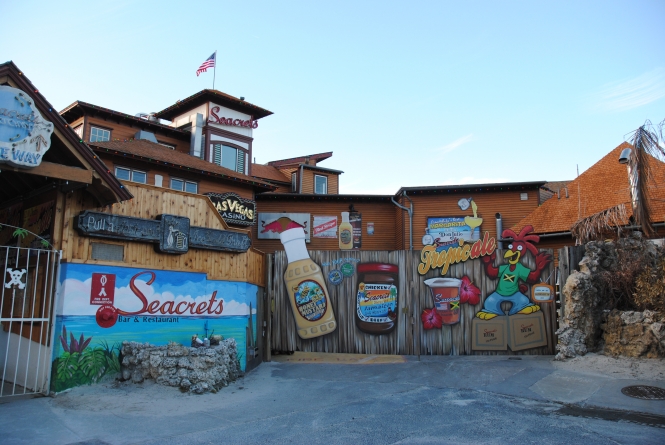 (Sept. 19, 2014) Believe in Tomorrow’s Beach Bash is back Monday with fare from 30 local restaurants, all-you-can-drink craft beer and a chance to win more than $10,000 in cash prizes at Seacrets on 49th Street.

The bash has been an annual fundraiser for the Believe in Tomorrow Children’s Foundation for more than 15 years, helping back its mission to provide critically ill children and their families with a weeklong vacation at the beach away from the everyday stresses of a child’s illness.

“Every year it just kept growing and growing,” Believe in Tomorrow Coordinator Wayne Littleton said. “It’s amazing how many people come down for it. It’s a fun, casual evening.”

Last year, around 900 attended the Beach Bash, raising approximately $43,000 for Believe in Tomorrow, he said. It’s not unusual to see lines out the door starting at 4 p.m. for the event that starts at 5.

The party features silent auctions, raffles and other games, but the highlight is the food, Littleton said.

“The restaurants make the event,” he said. “For $50 you can eat all the desserts and food, drink all the craft beers and soda you want.”

Around 30 local restaurants will have fare for attendees to sample at the dine-around event. Portions are small so diners can sample from many of the local joints.

It’s a win-win, Littleton said, because it also lets restaurants showcase their menus to a mostly local crowd.

“What better advertising than having your food out there and letting people taste it?” he said.

In addition to bottomless beer, Seacrets will sell wine and other spirits at happy hour prices during the event.

Every 50th ping pong ball drawn from a pot earns the corresponding ticket-buyer a $500 prize and the 225th ball drawn is worth $10,000, Littleton explained. If more than 225 people buy raffle tickets, a second batch of ping pong balls worth the same amount enters the drawing.

“It gets pretty exciting at the end,” he said. “We give away half of what we take in.”

There will be a silent auction with items from autographed sports memorabilia and a set of Ravens football tickets to jewelry, a three-hour private party at Secrets and a chef for the evening.

There will also be a 50/50 raffle and “duck pond” where guests can pull a rubber duck from a pool for a chance to win prizes such as jewelry from Park Place Jewelers. Full Circle will provide live music throughout the evening.

“The more money we make the more we can do here,” Littelton said. “We’re always looking to improve.”

The Beach Bash runs from 5-10 p.m. Monday, Sept. 22 at Seacrets. Visit www.believeintomorrow.org to learn more about the Believe in Tomorrow Children’s Foundation.