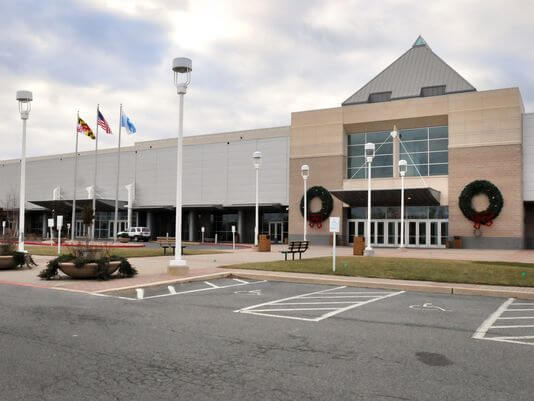 Ocean City, MD – (December 5, 2017): For the second year, Mayor Rick Meehan and members of the Ocean City Council will treat residents and visitors to a free concert at the breathtaking Performing Arts Center. After a brief meet and greet with Ocean City elected officials and participating community partners, the 2018 New Year’s Day Concert will feature performances by Bryan Russo and Nadjah Nicole from NBC’s Emmy Award winning TV show The Voice.

“For 20 years, the Mayor’s Open House offered the opportunity for our citizens to meet with elected officials that serve our community,” commented Mayor Rick Meehan. “That tradition has evolved in a way that continues that custom, but also allows us to highlight our beautiful Performing Arts Center by providing residents with an opportunity to enjoy this amazing venue for free.”

This year’s concert features Delaware native, Nicole, from NBC’s Emmy Award winning TV show The Voice. She was recently introduced to 10 million viewers during her 10 week run on The Voice. She is a talented singer and songwriter who has amassed an impressive resume. Nicole has a soothing, soulful and melodic vocal style that compliments her soulful-pop music.

“Nadjah exudes positivity and an almost effortless elegance that I noticed the first time we played a small club together, and it was truly exciting to watch millions of people experience that during her run on Team Blake on the Voice,” commented singer, songwriter Bryan Russo, who will also perform at the New Year’s Day event. “If you are looking for soul music with a pop twist, with the sounds of Erykah Badu, Esperanza Spalding, Corrine Bailey Rae, Jill Scott, Beyonce, then you won’t want to miss this show.”

Scheduled from 1 p.m. to 3 p.m. on New Year’s Day, residents and visitors are invited to meet the Mayor and City Council members from 1 p.m. until 1:30 p.m. After the meet and greet, the Performing Arts Center doors will open for seating and the concert will start promptly at 1:45 p.m. with Russo opening the show. Tickets will not be issued, as seating will be first come first serve. For more information, please contact Jessica Waters at 410.289.8967.