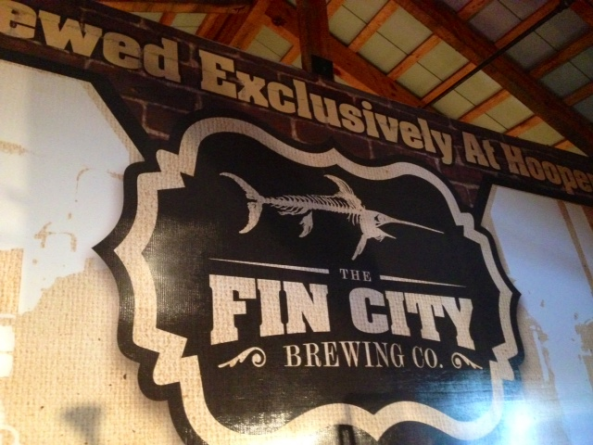 For nearly three decades, Hooper’s Crab House has been one of the most prominent crab providers in all of Ocean City, but its fresh steamed crustaceans have recently had to share the spotlight. 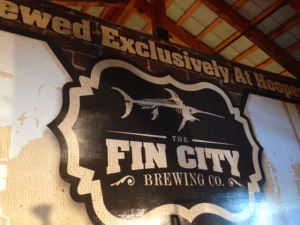 Over the past few years, the restaurant’s management has tried to capitalize on an emerging trend that, as it so happens, is the perfect complement to their delicious crabs: craft beer.  The craft beer movement is still fairly new to Ocean City, but Hooper’s has been celebrating hand crafted beers since before it was cool.  Its annual beer festival, Brews on the Beach, began in 2008, long before craft beer became widely available in Ocean City; and before the thought of brewing their own beer at Hooper’s ever came to mind.

During the second year of Brews on the Beach, something happened that changed Hooper’s forever  Vince Wright, a local home brewer, fresh off a victory in the home brewing competition at the world famous Punkin Chunkin, approached Hooper’s management about the idea of crafting their own brews to sell at their restaurant.  Seeing the natural fit between crabs and beer, managers Ryan Intieri, Patrick Brady, and company were not only intrigued by the idea, they were enamored by it and started conceptualizing plans for their own small batch brewery almost immediately.

While going through the planning and development stages for their brewery, the management group enlisted the help of some friends who have experience opening successful breweries of their own, Sam Calagione, founder of Dogfish Head Brewing Company, and Bryan Bushmiller of Burley Oak Brewing.  Picking the brains of their successful craft beer brethren helped put Intieri’s team on the fast track to its own success.

They hand-built a 5 tank brewing system from the ground up in an off-site West Ocean City garage during the off-season.  The system was completed and fully operational in 2011, but delays in paperwork and acquiring the proper permits set the venture back slightly.  Not to be deterred, the team pressed on and Fin City Brewing, which pays homage to its beach roots with its name and logo, officially started making beer in April 2012, making it Ocean City’s oldest craft beer company.  The hand-assembled 150-gallon tanks are now housed in the rafters high above Hooper’s Crab House and turning out 5 styles of beers regularly, as well as experimental brews when there’s time and space.  Former amateur home brewing champion, Vince Wright, is now the head Brewmaster charged with creating the “obscenely fresh handcrafted ales” and keeping up with the ever growing demand for Fin City’s products. 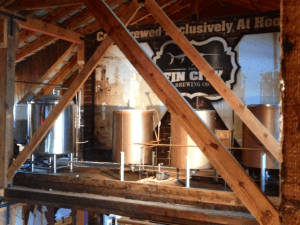 Because it is housed inside of the immensely popular Hooper’s, Fin City Brewing has the distinct advantage of a built in clientele to cater and sell brews to.  The goal became creating beers that could pull people away from drinking mass produced light beers with their crabs in favor of local flavor.  “Why drink a Coors Light when you can have a local brew,” questions manager Patrick Brady.  The decision to pair homemade beer with local crabs was a no-brainer recipe for success; however, the group “never knew the beer would be this good” and the demand for it would be so great.

Now in its second full season of brewing, Fin City has 5 mainstays on tap, each also bearing a name which ties into the local theme.  Fin Light, Sneaky Wheat, and Jack Spot Amber are the most popular offerings, because of their mild flavors that are easily drinkable and pair well with Old Bay covered crabs.  For beer drinkers craving a more hoppy bite, Fin City also offers a White Marlin Pale Ale and In Shore IPA, as well as seasonal and experimental creations when time allows.

High demand for Fin City’s products over the first couple seasons has resulted in plans to expand operations and distribute their “obscenely fresh handcrafted ales” around the region next fall.  Until then, treat yourself to a true local taste and stop by Hooper’s for the Fin City experience, and mark your calendar for the 5th Annual Brews on the Beach Beer Festival on Saturday September 7.