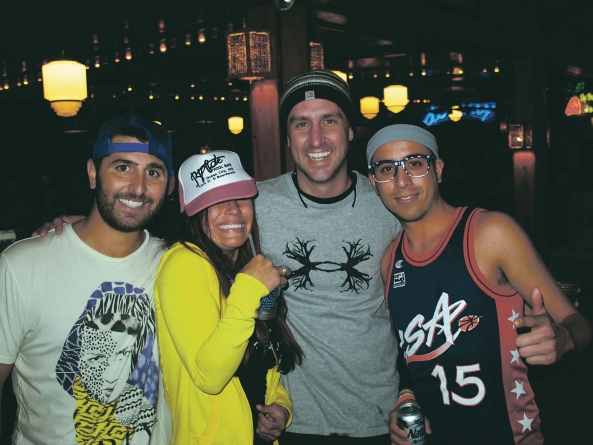 (March 6, 2015) Free-throw shooters representing local restaurants and bars will compete against one another, Sunday, March 8, during Seacrets’ annual “That basketball thing in March” contest.

All are invited to cheer on the participants. Doors open at 5 p.m. with tip-off at 6 p.m. The event at the 49th Street establishment usually lasts until about 9 p.m.

Pairs will go head-to-head with each person shooting 10 free throws. The winner will advance to the next round until one person has outshot all of his or her competitors.

“The coordination of the [Ocean City Hotel-Motel-Restaurant Association] Trade Show [March 8-9] with owners, bartenders and industry people could not be better,” said Ray Jackson Jr., assistant general manager of Seacrets and organizer of the tournament. “It taps off Sunday night in town with a gathering of the industry and a great start to the [resort busy] season.”

As of Tuesday evening, 16 establishments had signed up a player to compete in the contest. Brass Balls, Pit & Pub, Buxy’s Salty Dog Saloon, Pickles Pub, the Globe, Burley Oak and last year’s champion, Bull on the Beach, are just some of the businesses that will be represented.

Organizers are expecting anywhere from 16 to 24 participants. Those interested in competing can register up until 5 p.m. the day of the contest.

The winner of the tournament will be presented with a trophy to be displayed in their place of business for the year.

In addition, the winner will receive a basket of cheer filled with gift cards, two Seacrets gold cards, snacks, Seacrets spirits and Tropicale beer as well as other prizes.

Volunteers from Diakonia will be back for the second year to facilitate a 50/50 raffle during the contest. Also, attendees are asked to bring canned food donations for Diakonia, which provides food and housing to those in need.

The contest began in 2010 when two managers at Seacrets wanted to start an event that brought all the bars in Ocean City together.

There will be “full court” food and drinks specials offered throughout the event. 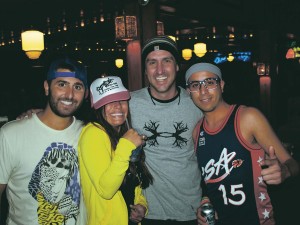 Steven Weisenberg get ready to shoot at Seacrets’ annual