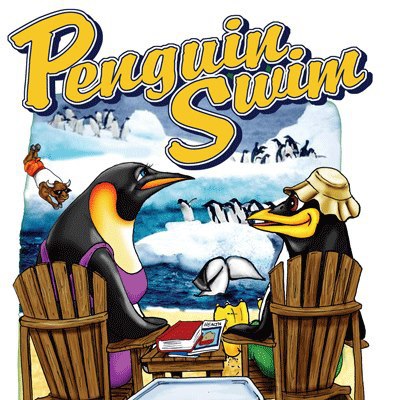 (Dec. 28, 2012) It has become a tradition for many Ocean City residents and visitors to run into the chilly Atlantic Ocean New Year’s Day as part of Atlantic General Hospital’s annual Penguin Swim.

Last year, during the 18th annual event, an estimated 1,000 “penguins” donned everything from bathing suits to superhero costumes as they plunged into the nearly 50-degree ocean at 91st Street. Organizers hoped the 2012 fundraiser would garner $71,500 for the Berlin hospital — that goal was exceeded by more than $15,500.

“New Year’s Day is in the middle of the week so we didn’t increase the goal,” said AGH Development Coordinator Laura Stearns. “We always hope to exceed it because all of the money goes to the hospital, which benefits everyone.”

Several factors contributed to the overwhelming number of participants last year. The weather, at nearly 60 degrees and sunny, was milder than during past events, and the water was warmer. The swim took place on a Sunday, which helped draw a record number of spectators and “penguins.” Also, media outlets and the town of Ocean City promoted the swim and, for the first time, early registration was made available to participants.

For 2013, participants and spectators may gather at the Princess Royale on 91st Street or join friends at Bull on the Beach on 94th Street before the Jan. 1 annual swim. The party will kick off at approximately 11 a.m. at Bull on the Beach and registration for the Penguin Swim will begin at 11:30 a.m. on New Year’s Day at the Princess Royale. People may also register online at www.penguinswim.atlanticgeneral.org.

Participants may also sign up the day before the swim, on Monday, Dec. 31, at the Princess Royale, from 2-4 p.m. Prizes may also be picked up that day.

On New Year’s Day, participants will be led to the beach just before the 1 p.m. swim. When everyone is ready, a signal will be given for the penguins to enter the ocean. Some people get a little wet, while others dive in for a swim. Children will go in first, followed by the adults.

Stearns said approximately 90 percent of the penguins are return participants.

“It’s the same people over and over again who raise money for the hospital. [The Penguin Swim] raises money for the hospital and it’s a fun and exciting way to do it,” she said. “When people come out of the water, everyone’s grinning from ear to ear … It’s a cleansing way to kick off the new year and wash away the old. It’s exhilarating, for sure.”

Trophies will be awarded to the top three individuals and teams who raise the most money. Awards will also be presented to teams and individuals 18 and younger who collect the most donations.

Special recognition will be given to the youngest and oldest penguins. Prizes will also be awarded to penguins dressed in the best costumes.

The Penguin Swim, an annual anniversary celebration in May and the fall golf classic, held each September, are Atlantic General Hospital’s three main fundraisers. Since its inception, the Penguin Swim has raised more than $600,000 (net proceeds) for AGH.

This year, participants who raise $25 will have a choice of a knit hat or penguin popper. Those who collect $50 will get a penguin hat.

Swimmers who bring in $75 will receive a long-sleeved T-shirt or texting gloves. People who donate $150 will take home a sweatshirt or hat with braids, and penguins who raise $250 will earn a penguin umbrella or fleece vest. Those who collect $500 or more will earn a prize from each level.

An awards ceremony will take place after the swim in the Princess Royale atrium, where the pool will be open to penguins.