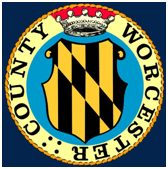 (Jan. 3, 2014) Shooter’s Sports Pub on Route 589 between Ocean Pines and the Casino at Ocean Downs has added liquor to its drinks menu.

Since opening last spring, the pub’s alcoholic beverages were limited to beer and wine because of limited wastewater treatment capacity.

During the Dec. 18 meeting of the Board of License Commissioners, however, attorney Joe Moore said that Bob Mitchell, director of the Worcester County Department of Environmental Programs, determined that Shooter’s had sufficient capacity for its 70 seats.

The board also authorized Shooter’s to have a DJ to play music and entertainment of up to four pieces two nights per week.

The changes, said William E. Esham Jr., chairman of the Board of License Commissioners, “would probably be an asset to the community.”

Before becoming Shooter’s Sports Pub, the site was known as The Steer Inn. Prior to that, it was Occasionally Yours, a banquet facility.