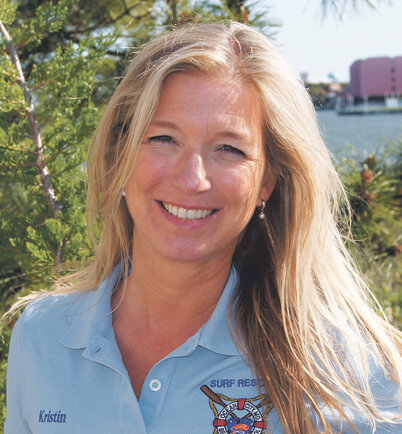 (Aug. 8, 2014) “Shark Week” is one of TV’s longest running must-see summer TV events boasting a 27-year history. This year it returns to the Discovery Channel on Sunday, Aug.10.

Lifeguards and beach patrons alike often find themselves glued to the TV to watch the informational shark-filled specials. While I too find it fascinating and highly informational, it is also quite sensationalized and does a tremendous job of frightening the public to the point where shark sightings seem to rise in Ocean City around this time.

But actually they are really dolphin, skate and dead horseshoe crab sightings mistaken for a shark.

When people ask me about shark attacks in Ocean City I tell them that I have spent all my life enjoying the beach and the ocean and I have never heard of a shark bite in Ocean City.  However there is one particular menacing ocean creature that I know of that can cause problems for our vacationers and that creature is the jellyfish.

The reality is, shark attacks are highly unlikely. There has never been a recorded shark attack in Ocean City. Statistically speaking there is an array of accidents that are much more likely than a shark attack such as being struck by a flying beach umbrella, suffocating in a sand hole, or being struck by lightning. A jellyfish sting is more likely to happen than any of these situations. I have seen grown people cry and children run to their mothers for comfort after being stung by jellyfish.

The type of jelly that we typically see in this area is known as the sea nettle.

The sea nettle jellyfish is saucer-shaped with brown or red pigment and usually 6-12 inches in diameter. Long tentacles hang from the bell shape of the jellyfish and can extend several feet. These long tentacles can have thousands of nematocysts or stinging cells that act like harpoons and fire into the victim. This all sounds quite scary, but the sting from a sea nettle or any other jellyfish encountered in Ocean City is generally harmless.

There are about four different species in Maryland that can sting. There are also several species that cannot sting. The sea nettle is the most prevalent of the stinging jellyfish. While causing moderate to severe discomfort, the pain and irritation generally will go away in about 15-30 minutes. There is a slight chance that a person can have a severe allergic reaction or anaphylactic reaction similar to the reaction some people have to a bee sting.

Most of us just experience pain and a little swelling from a bee sting, but for a small number of the population a bee sting can be deadly. These people need to carry medication for immediate treatment in the event that a bee stings them. But I will say that in 10 years with the beach patrol I have never seen a jellyfish sting that had a serious anaphylactic reaction, although it is possible. A person with a seafood allergy or bee sting allergy may have a higher risk of developing anaphylactic shock if stung by a jellyfish.

Sea nettles are native to these waters meaning that stings are inevitable. One of the most frequent questions that lifeguards are asked is, “When do the jellyfish come?” This is actually a rather difficult question to answer, however there are some scientific variables that do play a role. Two of the most crucial pieces to this puzzle are water temperature and level of salinity. Warmer water increases the likelihood of a jellyfish invasion, which is why we typically see more of them in the later part of the summer.

The salinity (saltiness) of the water is affected by the amount of rain and fresh water runoff that occurs. If the water has a high salt content caused by little fresh water mixing with the salt water or it has a lower than normal salinity caused by large amounts of fresh water runoff mixing (like we have seen this year with all the spring rain) then the jellyfish population will be lower than normal. Jellyfish thrive when the salinity is in a normal range and the other factors are conducive (water temperature, wave action and wind direction).

Considering the prevention of being stung, the best thing one could do is stay out of the water.  But that’s not really fun, is it? One could also wear a rash guard, wetsuit or shirt while the jellyfish population is high. The sting of a sea nettle is typically not potent enough to go through clothing. The sting is even not strong enough to pierce tougher skin on the body. That is why we almost rarely see a sting on the hands or feet. Swimmers can also do what many lifeguards, surfers and I do. Just deal with it and realize the sting is not so bad and will probably go away in a short amount of time.

By this point everyone is thinking, “What is the best medicine if I am stung?” I am sure you have heard the entire spectrum of responses, including vinegar, baking soda, meat tenderizer, sand, urine, etc. We typically tell people, “time” is the best medicine. Removal of the sting cell or when the cell dies off is when the pain will be alleviated. Our lifeguards do typically carry a “sting-kill” wipe in their medical kits that will help to alleviate some of the pain. If you feel that you have been stung, please seek assistance from our surf rescue technicians.

As always, remember to “Keep your feet in the sand until the lifeguard’s in the stand!”

Note: With “Shark Week” coming up the number of question the Surf Rescue Technicians will be getting about sharks will see a substantial increase. What I always tell those who ask is that according to the International Shark attack registry, Maryland is the only state that could have a shark incident. (Many states can’t because they have no ocean exposure, ex. Colorado) that has none reported. But it only covers the period from the mid-1500s to the present. So I can’t comment on what happened when Columbus arrived.

Kristin Joson has been working with the Ocean City Beach Patrol for 14 years. She is the Public Education Coordinator where her main responsibility is to work with public to fulfill the first part of the OCBP mission which is Education. The OCBP mission consists of 3 components Education, Prevention, and Intervention. By educating the public about beach safety, we believe there will be fewer instances where an intervention will be necessary. In the offseason, she is an Learning Resource Teacher in Charles County where she is the Testing Coordinator and the Gifted Resource Teacher for Berry Elementary School . The OCBP consists of over 200 men and women dedicated to ocean rescue and maintaining a safe and orderly environment on Ocean City’s beach. The Surf Rescue Technicians guard the beach seven days a week from 10 a.m. – 5:30 p.m. Always introduce yourself to the lifeguard on your beach, they are more than happy to answer any questions you may have.