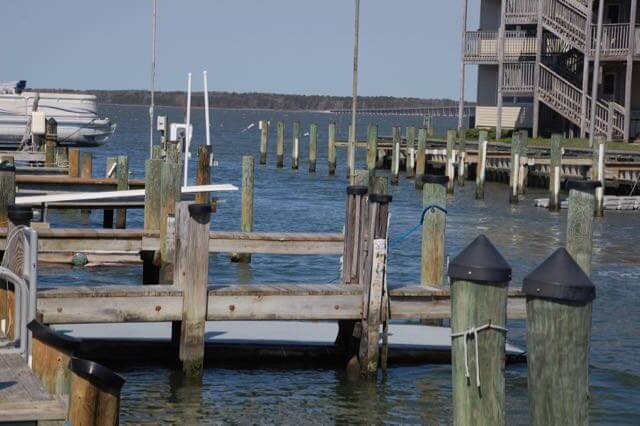 Jesse Brittingham worked the winch with professional ease, pulling the freshly-cleaned jet ski onto the trailer for transport. It has been an insanely busy week for him and the rest of the Odyssea Watersports crew as they prepare for what might be called their tri-annual blowout sale. Over the last few days the jet ski rental place has been turning over some of their used equipment as much to accommodate new equipment as to make room at their multiple locations.

After securing the craft, Justin hopped up into his truck and took the jet ski to its new home at one of the other Odyssea Watersports locations around town. With the season just around the corner, there still is a lot to do to get ready, including fleet maintenance, and this is one company with a significant fleet. In addition to the jet skis,Odyssea Watersports rents pontoon boats and stand up paddleboards throughout the season as well. That volume is one of the reasons they occasionally have these sales.

Owner Ron Croker said they divest themselves of excess models every three years or so to keep maintenance costs down and customer satisfaction up. If one person uses their personal just ski 10 hours per week during the season, that’s a lot. At the height of the summer the Odyssea Watersports fleet is putting in dozens of hours per week. Of course, it is their business to ensure that the machines are kept in top condition so that the largest number of people can get the most amount of enjoyment out of them. But when storing and maintaining older models stops making sense Ron, Justin and the crew just clean house, selling the surplus machines at deep discounts in the interest of getting them taken care of.

“There’s so much life left in them,”Ron said. “There’s a ton of time left.”

The 2013 Kawasaki STX-15 jet skis they have for sale will still be at top performance for many seasons to come, they just are kind of in the way where they are.

“We could put these up for $4,500 and still sell them, but we would have to have them here for months,” he said. “By having this blowout and selling them for less than half of that, we’ll sell them all on Saturday.”

The thing people forget about jet skis is that they aren’t just for tooling around, although they are great for tooling around. They are useful for water transport around a place like Ocean City, which has so many watercraft-friendly restaurants. There’s nothing like taking a break from being out in the sun to sit in the cool of a waterfront restaurant, get a little something, and head back out on the water. It brings another dimension to leisure altogether.

In fact, the popularity of this notion is what people are so enthusiastic to rent them, which is why Odyssea Watersports maintains such a massive fleet that requires regular updates. To that end they will sell whatever is left of their three-seat, 2013 Kawasaki STX-15 crafts 1 – 4 p.m. Saturday, April 9 at the 52nd Street Action Watersports location. If you’re in town for any of the other events, it is worth stopping by to see whether owning a jet ski is something that interests you. If the weather breaks (which it is supposed to) take a test drive. The jet skis come with everything from keys to manuals and are priced to move.