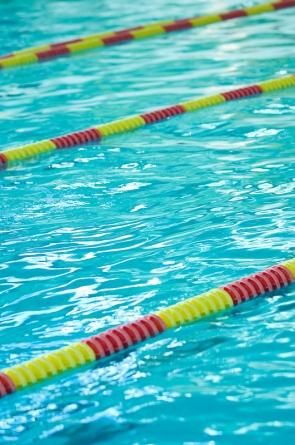 (Jan. 18, 2013) The Stephen Decatur and the Sts. Peter & Paul Sabres swim teams met at the Seahawks’ home pool at the Pocomoke YMCA for competition last Thursday. Decatur’s boys’ and girls’ squads were victorious.

The Lady Seahawks outscored the Sabres 116-54.

Freshman Marley Rakow joined Zweifel, Wellen and Deickman  for the 200-yard medley relay event, which the girls won in 2:13.36.

Deickman, Williams, Zweifel and Tinus out-swam their competition in the 200 freestyle relay race (1:58.27).

“A few of the girls are still getting over sickness, but we definitely had a strong performance,” said Decatur Coach Jenny Miller. “The girls did a great job stepping up and racing…Everyone has been working hard at practice so that we can drop those times down and many of the girls who are doing the work at practice are getting best times and improving every meet, which is what I’m always looking for.”

Junior Jake Middleton scored a victory in the 200 freestyle, completing the race in 1:54.31, which is less than a second off of the school record.

Poole, Custodio, senior Zack Keiser and junior Tate Socha teamed up for the 400 freestyle relay. The boys finished in 4:02.51, good for first place.

“The boys had an excellent meet with some close races. Jake Middleton won by hundredths of a second,” said Coach Damien Sanzotti. “Overall, the boys stepped up when they needed to and many of them had best times.”

The Lady Ravens edged out the Seahawks 87-83.

“It was a really close meet. A lot of the time it was tied or we were two to four points off one another,” Miller said. “They have a really strong team.”

“Even though we lost, we got [points for] second, third and fourth place and we kept up with them that way,” Miller said. “It was the first meet where we really had competition.”

“A lot of the boys did have best times, [Sussex Tech] was just a really good team and they had a lot more depth,” Sanzotti said. “It was good experience for the boys. They pushed themselves harder because they knew they were going against a good team.”

Decatur will take on Cape Henlopen Tuesday at 5 p.m. at the Pocomoke YMCA.