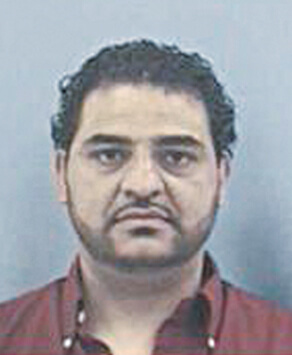 Ramadan, 40, had pleaded guilty June 27 to enterprise corruption, the most serious charge against him, in Kings County Supreme Court. That day, he told Hon. Elizabeth A. Foley that he and his brother, Basel, also known as Abu Salah, used their cell phones to transact the sales of untaxed cigarettes to be resold in New York.

Basel, he said, was the boss of their cigarette sales business and he, Samer, handled the money by counting it and preparing cash deposits at banks. According to the New York Attorney General’s Office, Samer Ramadan told the judge that he and his brother deposited cash from the sale of untaxed cigarettes at the Bank of Delmarva, Sun Trust and other local financial institutions.

Last year, a press release from the New York Attorney General’s Office stated that the Ramadans deposited “more than $ 55 million from their untaxed cigarette sales into small financial institutions in and around Ocean City.”

The Ramadans used their smuggling operation to purchase cigarettes from a Virginia business, and then distributed them in Delaware.  Shipments of untaxed cigarettes were sent to places in Dagsboro and Selbyville, Del. From there, they were sold to people the Ramadans knew were reselling them in New York City, Samer told the judge. The Ramadans knew those people were not authorized to sell or transport cigarettes in New York City or elsewhere in the state of New York.

Basel Ramadan dictated the price of the cigarettes sold to the New York distributors and the territories the sellers would cover.

In court on Monday, Samer Ramadan made no statement.

Also on Monday, Youssef Odeh, one of the distributors, was sentenced in the same courtroom to a maximum of six years and a minimum of two years for enterprise corruption and he received the same sentence for conspiracy in the second degree to commit murder. His sentences will run concurrently.

The New York Parole Board will decide how much time Samer Ramadan and Odeh will spend behind bars.

Basel Ramadan, who continues to be held without bond, has a court appearance scheduled for August and his trial on charges on enterprise corruption and second-degree conspiracy to commit murder is expected to take place in October. Ramadan is accused of conspiring with Odeh to kill witnesses they believed were going to testify against them.

When Homeland Security officers and New York authorities raided Basel Ramadan’s Oyster Harbor residence in May 2013, they found approximately $1.4 million in cash, some of which was in black trash bags. Many items, including three handguns, were removed from the house and vehicles and taken away. The vehicles were also taken away from the property.

The brothers were charged in a 303-page indictment, which gave details of the cigarette smuggling operation that Samer Ramadan spoke about in court June 27.