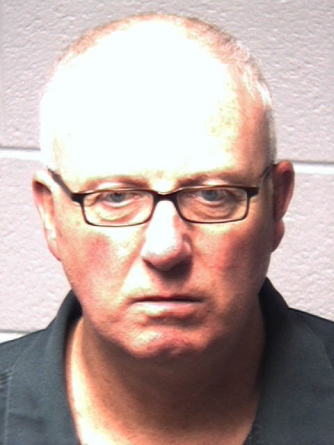 (Oct. 4, 2013) Some Ocean City residents could be victims of a Pennsylvania man who was arrested last Friday after allegedly cheating scores of people in that state out of millions of dollars in a Ponzi scheme.

Nearly all of the 82 known victims of Richard Allen Freer, 67, of Palmer Township, lost their entire life savings.

Freer, who owned two condominiums on 26th Street in Ocean City and appears to have lease agreements for three others, was charged with 90 counts each of theft by deception and failure to make required disposition of funds, plus 50 counts of forgery and related crimes. He was taken to the county prison in lieu of $10 million bail.

On Wednesday during a bail hearing, a judge refused to lower the bail to $1 million as Freer’s defense attorney requested and instead, withdrew the 10 percent option, meaning Freer must pay the entire $10 million to be released. The judge also ordered that no Ocean City residence he owns be sold until the case is resolved. At least one of the residences he had owned in Ocean City was foreclosed and is now owned by a bank.

According to a source familiar with the case, Freer had been, some time ago, a member of the board of directors of the resort condominium where he owned two units.

Freer worked for Aviva insurance company after leaving his job as a bank executive in Pennsylvania, but was reportedly no longer with that company at the time of his arrest.

According to Northampton District Attorney John Morganelli, people would invest with Freer, but instead of investing their money, Freer would use it to pay previous investors in a typical Ponzi scheme or deposit it into his own bank account.

The Ponzi scheme came to light after one victim ran into trouble with the IRS because of the money she gave Freer to invest, according to published reports. That victim contacted an accountant, who contacted an attorney, who contacted the District Attorney’s Office.

After that first victim, additional victims contacted authorities. The victims reportedly include at least two of

The majority of the phony investments, which total approximately $10 million, were in 2009 and they continued until this past summer. The case remains under investigation and Morganelli said during a press conference that there could be an additional $5 million to $6 million unaccounted for and additional victims who had not yet contacted them.

A Pennsylvania detective who wished to remain anonymous told Ocean City Today on Wednesday that there were “no Maryland victims at this time.  We haven’t discovered any.”

The detective added, however, that there could be victims from this area and he anticipates coming to Ocean City as part of his investigation.

Anyone who suspects they are one of Freer’s victims may call the Northampton County District Attorney’s Office at 610-559-3020.