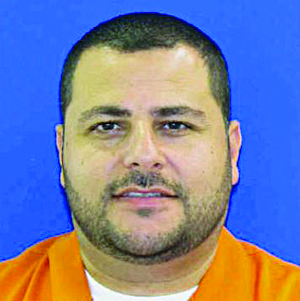 Samer Ramadan, 40, pleaded guilty to the charge, the most serious one against him, and is scheduled to be sentenced to two to six years in a New York state prison Monday, July 7.

As treasurer, Ramadan was second-in-charge in the smuggling operation which he told Brooklyn Supreme Court Justice Elizabeth Foley was run by his brother, Basel, 43, who continues to be held without bond, according to the New York Attorney General’s Office.  Basel Ramadan’s trial is expected to take place in October, but his next court appearance is scheduled for Aug. 12.

When Homeland Security officers and New York authorities raided Basel Ramadan’s Oyster Harbor residence in May 2013, they found approximately $1.4 million in cash, some of which was in black trash bags. Many items, including three handguns, were removed from the house and vehicles and taken away. The vehicles were also taken away from the property.

Several other people were involved in the lucrative cigarette smuggling enterprise. Adel Abuzahrieh, 43, of Brooklyn, N.Y., was the alleged transporter who drove several times weekly from Brooklyn to Dagsboro where he exchanged tens of thousands of dollars in cash for cartons of cigarettes. Then he would take the cigarettes, approximately 20,000 cartons per week, north to New Jersey, where he would hand them over to distributors, who would take them to storage facilities in New York City. Four additional men, called resellers by the New York Attorney General’s Office, would deliver the cartons to Arab markets and grocery stores in Brooklyn, the Bronx, Staten Island and Queens where they would sell them for huge profits. Some of the cartons were sold in Schenectady and Albany.

In addition to the Ramadan brothers, 14 other alleged participants in the cigarette smuggling enterprise were indicted. Ahmad Abdelaziz, of Brooklyn, pleaded guilty June 25 to enterprise corruption and will be sentenced to one to three years in prison Aug. 12.

Yousef Odeh, one of the alleged distributors, 53, allegedly had ties with Omar Abdel-Rahman, the blind cleric now serving a life sentence for a conspiracy to blow up New York City landmarks.

Muaffaq Askar, one of the alleged re-sellers, was suspected of providing weapons to Rashid Baz, who was convicted of shooting at a van carrying Yeshiva students as it crossed the Brooklyn Bridge in 1994. One student was killed.

New York Police Commissioner Raymond W. Kelly said last year that the association of some of the suspects in the cigarette smuggling ring with terrorists was cause for concern. Similar schemes had been used in the past to help fund terrorist organizations such as Hamas and Hezbollah.

According to a 2013 press release from the Attorney General’s Office, the Ramadans deposited “more than $ 55 million from their untaxed cigarette sales into small financial institutions in and around Ocean City.” Then they would use that money to purchase more cigarettes to sell in their illegal enterprise.  The press release stated that they generated more than $10 million in profits in the smuggling operation.

During the year-long investigation by the Attorney General’s Organized Crime Task Force and the New York City Police Department, with assistance of Homeland Security Investigations, law enforcement seized 65,000 forged New York tax stamps that had not been affixed to packs of cigarettes, nearly 20,000 cartons of untaxed cigarettes and more than $200,000 from suspects in New York City.

All of the suspects were charged with enterprise corruption, money laundering and related tax crimes.

Basel Ramadan and Youssef Odeh of Staten Island were also indicted in October 2013 in connection with an alleged murder for hire plot. They were allegedly conspiring from behind bars to murder witnesses against them in the cigarette smuggling case.

“These defendants sought to kill individuals they believed to be witnesses to their crimes,” New York Attorney General Eric T. Schneiderman stated in a press release. “This behavior is intolerable and we are going to prosecute them to the full extent of the law. These two individuals cheated New York taxpayers out of millions of dollars in tax revenue and then tried to cover up their dangerous and lucrative smuggling operations, which hurt New York businesses, by committing the ultimate crime.”

Odeh pleaded guilty June 25 to enterprise corruption and conspiracy in the second degree (conspiracy to commit murder) and he faces sentences of two to six years in prison when he is sentenced Monday, July 7, according to the New York Attorney General’s Office.

Previously, Muaffaq Askar pleaded guilty to New York tax law 1814 (a) (i) attempt to evade cigarette tax and was sentenced to a conditional discharge, according to the Attorney General’s Office.