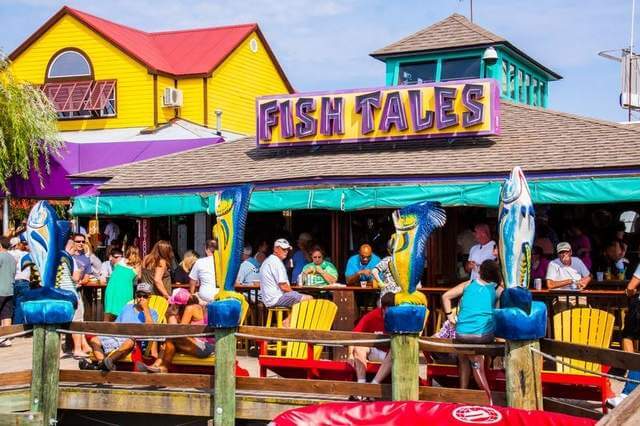 Anyone 18 and older who is interested in competing in the July 4 event may stop by the 22nd Street bayside bar and restaurant at anytime during the day to speedily consume five deli-style hot dogs and buns.

A Fish Tales representative will time each participant, and the 20 people with the fastest times will advance to the finals, scheduled to take place Saturday, July 4, at 2 p.m.

The cost to take part in the qualifier is $5, which will go toward the prize money pot.

“We want the locals to come out and step up. Let’s see if we can get a local eater to bring the trophy back to Ocean City,” said Brandon Hemp, Fish Tales manager and contest coordinator.

A stage will be assemblead in the parking lot of Fish Tales for the competitive eaters who qualified for the July 4 main event, which is modeled after Nathan’s famous Fourth of July international contest. Fish Tales and Coors Light are sponsoring the event. Dietz & Watson will supply the hot dogs.

Spectators of Fish Tales’ competition will be able to watch the 10-minute gorgefest from bleachers set up in front of the stage. Hot dogs will be sold during the event and Coors Light specials will be offered.

DJ BK will emcee the competition again this year.

“It’s a lot of fun,” Hemp said. “We encourage people to come out and cheer on their favorite eater.”

The “Top Dog” will win $1,000 and a trophy. Cash prizes will also be awarded to the second- and third-place finishers.

For more information about the contest, call Fish Tales at 410-289-0990 or visit www.ocfishtales.com.