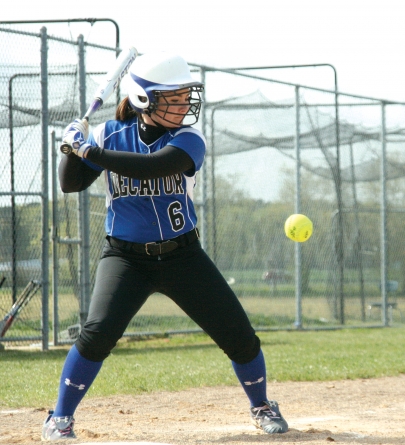 (May 10, 2013) The Stephen Decatur softball team played three games in four days to wrap up regular season competition, as the playoffs were set to get under way May 9.

The Lady Seahawks earned one win and lost two in their final three outings.

The Parkside Rams visited Berlin last Friday to face Decatur. Seahawks Coach Don Howard was pleased with his players’ performance in the 9-1 victory.

“We played pretty well,” he said.

The following day, Decatur traveled to Salisbury to battle the James M. Bennett Clippers. The Seahawks scored two runs in the first inning, but they couldn’t hold on as the Clippers came back to win 3-2.

After taking off Sunday, the Seahawks were back on the road Monday to battle the Indian River Indians in their final match of the season. Decatur lost 9-2.

“We just didn’t hit the ball very well again,” Ho-ward said. “They were a better team than what we faced all year, which is good to see going into the playoffs.”

Decatur (14-4) received the No. 2 seed and a first-round bye in the 3A East Regional tournament bracket. The Seahawks will host the winner of Thursday’s game between the No. 7 Reservoir Gators and No. 10 Hammond Golden Bears on Monday at 4 p.m.

Howard said he was “shocked, but pleased” to have the No. 2 seed as several teams had nearly identical records.

“We’re looking forward to the playoffs. We’re in a good frame of mind even though we lost the last few games, and our focus is good,” he said. “I think we’re on the good side of the draw. We’ve seen most of the teams on our side of the bracket before.”