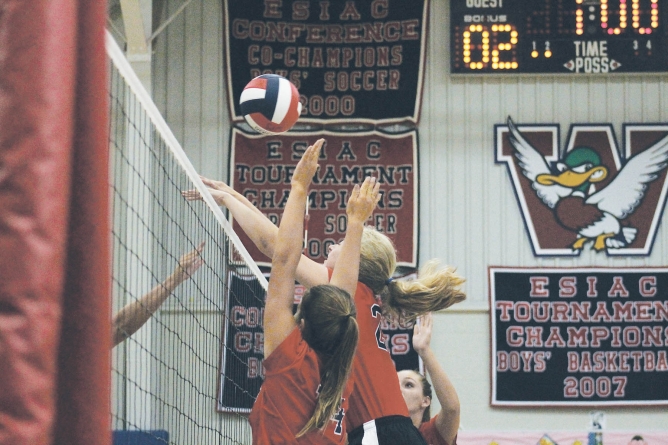 Jehle noticed the Lady Mallards’ level of play improved from the first game to the third.

“They were pursuing the ball a lot more, they were more aggressive, they were not letting the ball hit the floor, they got low to pick up tips and they were reading hitters effectively,” Jehle said.

The Mallards jumped out to a 5-1 lead in the third game. The home team held an advantage for most of the contest. Ahead 18-17, Holly Grove tied it up and went on to win 25-20.

“I thought we played much better than the first time we played them (Aug. 28),” Jehle said. “We were communicating better, we were getting the ball over the net, we had less service errors, we were digging more and we were aggressive at the net.”

“If we keep practicing the way we are, we’ll just keep getting better,” Jehle said. “I’ve already seen improvement in just the last couple weeks.”

The Mallards are scheduled take a trip down the road to face the Stephen Decatur Seahawks Monday at 5:30 p.m.