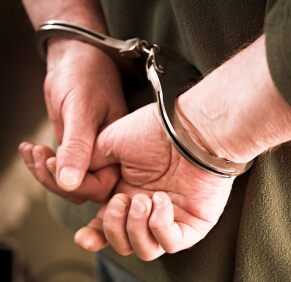 A 25-year-old Berlin man was charged March 29 with multiple criminal offenses after the Worcester County Criminal Enforcement Team executed a search and seizure warrant at two residences, one on Old Ocean City Boulevard and the other on Flower Street.

The warrants were in connection to a three-month investigation into marijuana distribution.

Hurt was charged with possession of heroin, cocaine and oxycodone, possession with the intent to distribute each of those drugs two counts of possession of a firearm during a drug trafficking offense.

After being seen by a District Court commissioner in Ocean City, Hurt was transferred to the Worcester County jail where he was being held on $100,000 bond.

He is on parole for a previous drug distribution conviction in Harford County.

A Worcester County Sheriff’s Office deputy found a handgun in a vehicle after stopping it for a traffic violation in the area of Route 113 and Betheden Church Road near Pocomoke on April 2.

The deputy charged the driver, Palphanneilia Urias Pratt, 47, of Norfolk, Va., with illegal possession of a handgun.

A New York driver who was speeding on Route 113 near Bishopville on March 27 was arrested after a Worcester County Sheriff’s Office deputy saw portions of five or six cartons of cigarettes sticking out of a bag in the rear of the mini-van the man was driving.

The driver, Chak Wah Kong, 44, of Brooklyn, told the deputy that he was coming from Virginia and the bags in his van contained fruit.

When the deputy asked about the cigarettes he saw, Kong said he smoked.

During a search of the mini-van, the deputy found 190 cartons of cigarettes. Kong was charged with possession of untaxed cigarettes and transporting unstamped cigarettes.

A 20-year-old Pittsville man was charged March 30 with having a concealed weapon after an Ocean City police officer found a wooden club on the floor of his vehicle.

The police officer had stopped the Derrek Lee Frantom’s vehicle shortly after 11 p.m. on Philadelphia Avenue near 21st Street because Frantom failed to stop at a red light.

According to the charging document, Frantum consented to a search and the police officer found the club and a grinder with bits of marijuana in it. Frantum was also charged with possession of drug paraphernalia and possession of less than 10 grams of marijuana.

A 25-year-old Millsboro, Del., man was charged March 28 with possession of suboxone, also known as buprenorphine.

An Ocean City police officer arrested Steven George Hopkins on a 2009 warrant from Wicomico County for possession of marijuana after he saw him acting suspiciously in north Ocean City.

A search after that arrest revealed a used package of suboxone sublingual strips. According to the charging document, suboxone is a powerful prescription pain medicine that is commonly abused.

Hopkins reportedly told the police officer that he did not have a prescription for the drug.