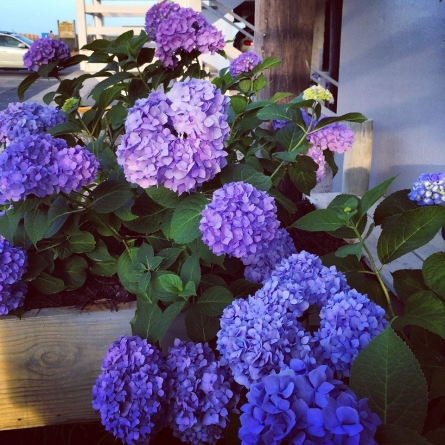 (May 15, 2015) Remember, as most of us were shoveling snow and de-icing windows with running noses and drippy eyes, how much we missed the springtime activities like mowing the lawn and tending the garden, again with drippy eyes and running noses?

It’s not the cold of flu or something moderately avoidable like bacteria or virii, this time it’s just the floras’ version of Spring Break cramming our perfectly breathable air with pollen.

An estimated 35 million Americans suffer from some sort of pollen-activated allergies, and none of them on the Eastern Shore are having very much fun right now.

According to Pollen.com, an allergen-tracking website that powers reports on other weather-related sites like wunderground.com and the National Oceanic and Atmospheric Administration, the annual pollen counts in Ocean City peak in April and May, fall until August when it returns to May levels and then diminishes again until March.

Pollen counts have remained high since about mid-April, according to pollen.com. Historical data is not kept by the site, according to Tor Constantino, the director of public relations for the company, IMS Medical, who runs pollen.com.

Tree and grass pollen are the main culprits, according to several forecasting sites, with Oak, Ash and Birch trees being the most energetic in spreading their reproductive dust recently, all of which are considered native to Maryland.

Weed pollen and mold spores are in low concentration in nearby areas.

Pollen counts are determined by sampling air from at least one story up and away from significant pollen sources — this level is usually quantified by a number and is translated into “low,” “medium,” or “high” count levels.

Apart from the wheezing, coughing and sputtering caused by the pollen, it also makes a fantastic mess. The air, and anything exposed to the air has taken on a bright green or yellowish quality, and outdoor decks are just as susceptible to accumulations as car windshields. However, the stuff we can see isn’t usually the problem — sources in a number of published reports explain that’s usually pine pollen, to which few people are actually allergic.

The Weather Channel reports a decrease in overall air quality owing in no small part to the influx of pollen.

Over-the-counter medication is the usual recourse for allergy treatments, or an allergist may prescribe a nasal spray.