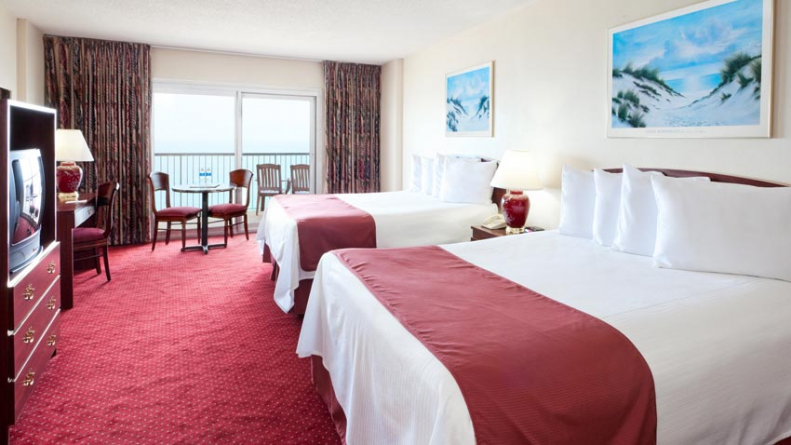 That is the question Maryland General Assembly is attempting to answer this week, with a pair of bills that would clarify the law by establishing that sales taxes on hotel and motel room bookings be paid by online travel vendors at the regular retail rate.

Among the largest of these vendors are  Expedia and Priceline who  negotiate a wholesale rate of sorts to sell what could conceivably be empty rooms.

In turn the, travel agencies sell the rooms close to what the hotels would charge for them anyway, pay the taxes based on their wholesale price and pocket the difference. This is how it’s always worked in Maryland.

But legislation that has cleared the Senate and is working its way through the House, would shift the taxable price to what the consumer actually paid for the room instead of the price the  reseller paid when buying surplus inventory.

Philip Minardi, director of communications for trade organization Travel Technology Association, which represents online travel agencies, sees the measures as a bad for his members and consumers.

“You’ll still see that room around $110 online, and the reason is during contract negotiations the hotel will say you can’t sell it for less than we do. The cost breakdown is different on our side,” he said.

An online agent, Minardi said, can charge the same $110 while $90 passes through to the hotel, give the municipality its 10 percent and pocket the remaining $11 as a service fee. The Senate bill would, in Minardi’s estimation, have a net effect of reducing the service fee in this scenario by $1. This reduction, Minardi concludes, constitutes a new tax.

“It puts Maryland at a disadvantage to bordering states, because it’s so easy for a customer to choose a neighboring state. Of the 1.5 million room nights filled by online agencies, about 250,000 room nights were booked in Maryland by Marylanders,” Minardi said.

Not everyone agrees with his perspective. Proponents say the bill is closing an existing loophole that unfairly favors online agencies.

“I’m inclined to support the hotel and lodging industry,” Delegate Mary Beth Carozza said, “there is going to be quite a bit of testimony, but I don’t think it’s a new tax.”

Comptroller Peter Franchot believes it is a loophole, and to that end has filed a case currently in the discovery phase, called Travelocity vs. Comptroller in Maryland Tax Court seeking $6 million in back taxes.

Susan Jones of the Ocean City Hotel Motel Restaurant Association signed a letter of support for the bill, stating: “It is our opinion that this bill in no way creates a new tax.  Rather, we feel it is simply leveling the playing field by requiring the entire lodging industry to remit the same amount of tax.”

Senator Jim Mathias voted in favor of the bill.

“When the true price is not reported, we don’t see growth in the way we should. The OC Chamber, HMRA and Maryland Tourism all support this bill, and for that reason I voted for it,” Mathias said.